Using Your Position at Poker 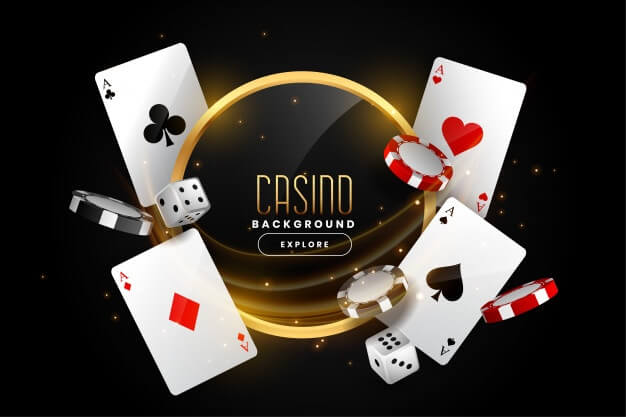 This is the first we’ll go over the value of position and how to use that advantage before the flop and on the flop, turn, and river. You can also find a general introduction to the importance of position here. First, a quick definition: a player “has position” or is “in position” when they are last (or close to last) to act. At a ten-person table, the button and the two seats to the button’s right are generally considered late position.

Being in position is extremely valuable before the flop because you have more information about your opponents’ hands. This allows you to make much better decisions about whether or not to play your hand. For example, imagine you’re playing hold ’em, either limit or no limit, and you have KQ. Against one loose player or against the blinds this is a pretty good hand and definitely worth playing, but against other poker players with good, raising quality hands it’s usually a big underdog. In early position (the 2 or 3 seats immediately left of the blinds) you have no idea whether there will be other players raising (and therefore probably holding a strong hand) or not. In late position, you can simply fold the hand if someone else looks strong, and raise if everyone’s folded. The advantage is enormous. You have to play tighter in early position – even though it’s possible none of your opponents have a good hand, the risk you take when one of them does is greater than the reward when they don’t.

For another example, think about a hand like 78s in Limit Hold’em. This is a great hand to play in an unraised pot, with many other players also seeing the flop. At most tables, this situation comes up fairly infrequently, so in early position, you can’t assume it will happen, and you have to fold. You’re missing out on a great opportunity that you could capitalize on if you were in late position.

If you’re in late position, especially if you’re on the button, you have the opportunity to make a few specific plays that can be very profitable. The most important is isolation raise.

One last note on the value of position preflop: you should play looser in late position because of the advantages your position will yield on later rounds of betting. You can compensate for a small disadvantage before the flop in terms of hand strength (how good your hand is) with your positional advantage on the flop, turn and river.

The essential advantage of being in position is having more information, but there are specific strategies to use that extra information on the flop. The most common of these strategies is the continuation bet, which has been covered in more detail here. Basically, if you have position and your opponent(s) check to you, you will often be able to win the pot with a bet, even when you have nothing. In order to counter this strategy when you are out of position you must check-raise with some regularity, or else consistent value betting will kill you. You should continue bet regularly in position and check-raise the flop regularly out of position.

There are also occasionally situations where you might choose not to continuation bet. Let’s say you’re playing Limit Hold’em and hold pocket sevens. Four players see the flop and you have the best position. The flop is KJ10, a horrible flop for you. However, if everyone checks to you, either trying to check-raise or afraid you have a very strong hand, you can check behind and see the turn card for free. Every once in a while it’s a 7, and a hand that you would have had to fold were you not in position, may now win you a good-sized pot. Being able to continue a bet is a big advantage, but there’s also an advantage to being able to choose not to continuation bet. The opportunity to check behind is an advantage of position that is often overlooked.

Another good positional strategy for the flop is the on the flop. If you do choose to raise and you hit, you’ve got another small bet in, and more importantly, if you miss, you will not have to pay a big bet on the turn. You can use the free card play against passive players even when you have a mediocre-made hand: If you have second pair and suspect your opponent probably has top pair (but are not sure enough to fold) you can raise the flop and check behind the turn. It will end up saving you one small bet, and your opponent may even check the river as well, saving you three small bets.

The turn is one the most difficult and important betting rounds in any form of Omaha. The bets are bigger, so mistakes are costly, and there are still possible draws, unlike on the river, which adds to the complication. Having position allows you to avoid those costly mistakes and simplify some difficult situations.

One way to exploit your positional advantage is called the “free showdown raise.” Imagine you have a medium pair and a flush draw. You flopped the medium pair and got check-raised. You called and picked up a flush draw on the turn. Your opponent bets again, and you raise. Your medium pair might be good, so you would have to call your opponent’s river bet in any case. If you raise now and miss on the river, you can then check behind (getting a free showdown). It costs you the same two big bets either way. But if you do hit your flush, or even trips or two pairs, you can bet on the river and win another big bet if your opponent calls.

Defending against the advantages of position when you are out of position is quite difficult on the turn. Check-raising is extremely expensive and should generally only be done with a very strong hand. The problem with this is those good players recognize it and play accordingly, folding their weaker hands. So in order to limit being exploited by players in position, you must work some semi-bluff check-raises into your overall strategy. That means, very rarely, check-raising the turn with only a draw. You’ll feel stupid when you get called, but against good, perceptive opposition it’s essential deceptive tactics.

The advantage of having position on the river is straightforward. With no one acting behind you and no more rounds of betting you can control how much goes into the pot (within one bet). We can divide river play in position into two situations: 1) when your opponent bets and 2) when you are checked too.

When our opponent bets on the river, we must use bet size (risk) to pot size (reward) is 1:5. We must win at least once for every five times we lose in order to make a call profitable. The times we win, we win $100, and the five times we lose $20, or $100 overall – so overall we break even. If we win more often than one in six we make a profit; if we win less than one in six we will lose money. Generally, if the bet size to pot size ratio is X: Y, you must win X in Y+X times to break even. Here’s another example: your opponent bets $3, making the pot $14. The bet to pot size ratio is 3:14, so you must win 3 in 17 times to break even. On your three wins, you make $14, $42 overall. The other 14 times you lose, you lose $3, or $42 overall. As you can see, at that point you break even, meaning that it doesn’t matter whether you call or fold. If you have a higher chance of winning you will show a profit, but with a lower chance, you’ll lose in the long run.

You must also decide if you want to raise when your opponent bets. In Limit, you must remember that you don’t need just a 50%+ chance of winning in order to make a raise profitable, you need a 67%+ chance. That’s because when you’re beat you’ll usually get re-raised and have to call 2 bets, whereas when you’re good, your opponent will usually only call, and you’ll win one bet. Similar considerations apply in No Limit.

Raising the river as a bluff should almost never be attempted. The only exception is when you have missed your draw and you also suspect that your opponent has missed his or hers. In No Limit, larger bets allow you to make much more successful bluffs, so ignore this rule when playing NL.

If your opponent checks, you should only bet if you think there are hands you can beat that your opponent would call with. Imagine that you’ve got a medium pair and you suspect that your opponent was on a draw and missed. Yes, you probably have the best hand, but what’s the point of betting? He’s never going to pay you off with a missed draw, and what if he has top pair but played it really passively for some reason? So, when deciding whether or not to bet for value (betting with the hope of your opponent calling) your opponent’s hand is just as important as your own.

When playing poker, bluffing on the river when checked to is a significant part of any good player’s strategy. If you’ve been betting the whole way on a draw and missed, you should often continue your bluff. Even if your opponent calls and you lose an extra bet, you have the benefit of getting your good hands paid off more, as players will think you are bluffing. You should always be betting many more strong hands than bluffs though, and of course never try a bluff when you know that your opponent will call (playing against a calling station, for instance).

To learn more about Poker please visit our Poker Guide

Visit our Casino Online Table Games Page to play Poker and other games, pick your favorite!