The West Coast Conference is easy for people in the East or Deep South to ignore, but bubble teams in those regions will be paying very close attention to No. 1 Gonzaga’s game in San Francisco on Thursday night, for reasons which are obvious.

San Francisco is squarely on the NCAA Tournament bubble. The outcome of this game could determine if the Dons get in as an at-large team and factor in the March Madness odds or if they have to win the WCC tournament to qualify for March Madness.

Let’s take a closer look at this matchup in the sportsbook and determine which way to bet online.

Gonzaga: A Cut Above

This is not a criticism of the West Coast Conference. It’s a reflection of just how good Gonzaga is. Gonzaga would be winning the Pac-12 Conference or the Big Ten or the Big East. The Zags have won 16 in a row and haven’t lost since Dec. 4 against Alabama.

Their offense has been frighteningly good, because the Zags have so many good options: Star freshman Chet Holmgren, veteran Drew Timme, guard Andrew Nembhard, and the list goes on. Gonzaga doesn’t rely on one player or one form of offense.

The Bulldogs can succeed in the paint, on the perimeter, with dribble penetration, with half-court sets, any which way you like. Gonzaga has won each game by double digits since the Alabama loss.

Winning by 10 rates as a comparatively close game for Gonzaga these days, which shows just how high the bar is for this program, a clear Final Four favorite in 2022.

This team has weakened its bubble position in recent weeks. The Dons lost to Saint Mary’s following a loss to the Portland Pilots earlier in the month.

San Francisco did beat Santa Clara, but that’s simply not enough to move the needle in the West Coast Conference or in relationship to the Dons’ NCAA Tournament prospects.

San Francisco struggles to defend sound, well-structured offenses. USF has an exciting backcourt with great shotmakers, but the weaknesses on defense have allowed opponents such as Saint Mary’s to mount huge comebacks.

Saint Mary’s came back from 23 points down to defeat USF a few weeks ago. San Francisco has to be able to toughen up on defense and get late-game stops in order to win the big, defining games it usually loses.

USF’s defensive wobbles make it advisable to lean to the over in this game.

The Dons went to Spokane several weeks ago and got off to a 15-4 lead, but Gonzaga patiently reined in the Dons and outworked them over the rest of the game, winning 78-62.

It wasn’t an easy game, but Gonzaga still won by a large margin after trailing by double figures early. The game reflected just how much the Zags are ahead of everyone else in the WCC. San Francisco has its work cut out in this game. 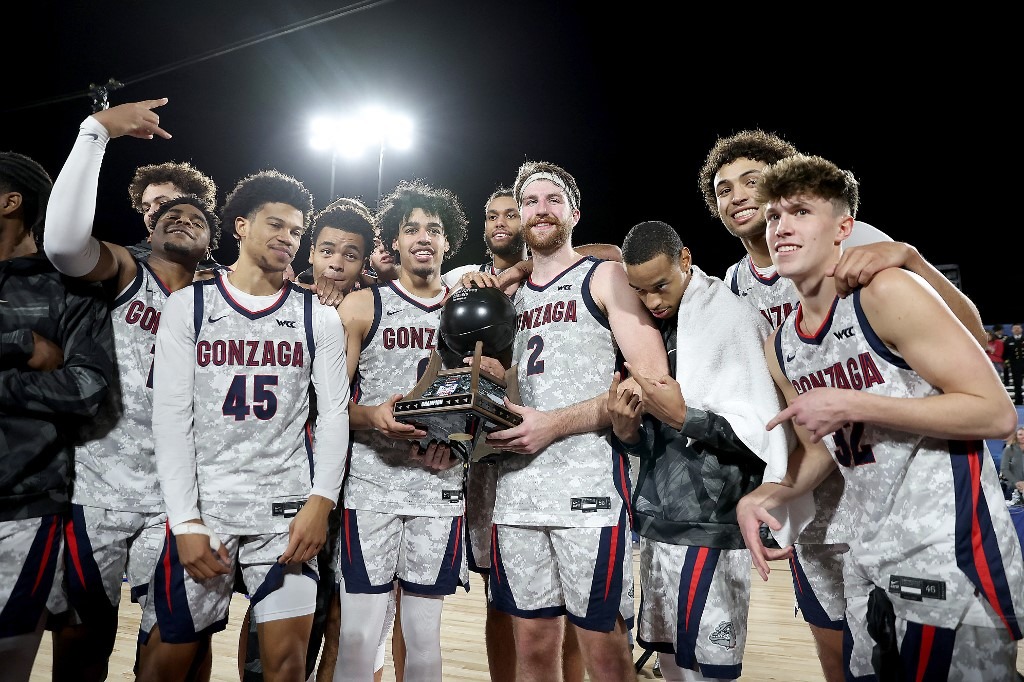 Gonzaga Coming Off Impressive Win Both teams should have plenty of life in their legs. Portland State hasn’t played in...
Read More The Duke Blue Devils are three weeks into the Jon Scheyer era, which is otherwise known as the post-Mike Krzyzewski...
Read More The No. 1 team in the country has not played like a No. 1 team. North Carolina is ranked No....
Read More UCLA Not Main Event Ready The No. 19 UCLA Bruins look to avoid a third straight loss when they host...
Read More

San Francisco could be very competitive for 25 or 30 minutes, but it’s so hard to stay with Gonzaga for the full 40 minutes. The Bulldogs will pull away at the end.