No. 9 Memphis Takes on Virginia Tech 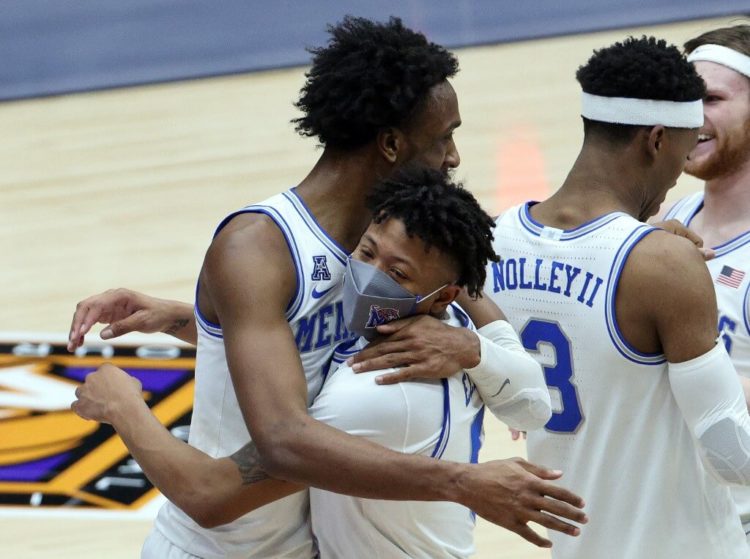 Two programs with high hopes head to New York, a place where many dreams have been realized while others have been broken while playing on a big stage.

The NIT Season Tip-Off Tournament will feature a couple of premier freshmen suiting up as Jalen Duran and Emoni Bates are the top two scorers for the 4-0 Memphis Tigers, who are ranked ninth in the latest Associated Press poll.

Virginia Tech (5-0) counters with former Wofford teammates Keve Aluma and Storm Murphy, who joined their former coach with the Hokies.

Virginia Tech was tied with Louisville as the fourth choice to win the Atlantic Coast Conference, while only five other teams have better odds to win March Madness than Memphis.

Memphis is the three-point favorite in the matchup of undefeated squads on Wednesday although those who bet online might be interested to know that Virginia Tech has covered in every game.

All Hands on Deck for Hokies

The offense runs much differently at Virginia Tech than when Landers Nolley was the unquestioned go-to player.

There are four players averaging at more than 10 points per game and four Hokies have at least 10 assists in the first five games.

Aluma leads the way, averaging 12.4 points and connecting on 70 percent of his two-point shots. Storm Murphy does most of his damage from the perimeter with a team-high 10 three-pointers. Nahiem Alleyne, Justyn Mutts and Hunter Cattoor have combined for 41 assists and 16 steals while contributing nearly 29 points per game.

Aluma and Murphy played together at Wofford under head coach Mike Young, who was hired in 2019 to take over the Virginia Tech program.

The last time the trio were together, Wofford threw a scare into Kentucky in the 2019 NCAA Tournament. Now they are hoping more postseason memories will be coming their way.

“There’s definitely a feeling of unfinished business to just think about for Keve and I,” Murphy said in a story posted on the Virginia Tech official site. “We’re seniors now and this is the home run. It’s all in time to do that with coach Young again. We want to get there again and go even further.”

With Aluma and Murphy leading the way, the college basketball odds listed the Hokies as double-digit favorites in each of their first five games.

When Landers Nolley looked at the 2021-22 schedule, his eyes stopped on one specific entry.

Nolley spent two productive years at Virginia Tech before transferring to Memphis. Naturally, there will be plenty of emotions when Nolley matches up against some of his former teammates, even if the game is at the Barclays Center in New York and not in Blacksburg, Va.

“It was a lot of emotions at first,” Nolley told the media. “How often [does] a kid transfer and he gets to play against his old school? But at the end of the day, we’ve just got to get a [win].”

Nolley is averaging 20 minutes per game off the bench. He is contributing eight points and four rebounds per game. He scored in double figures in each of his first two games and then pulled down 10 rebounds in a win over Saint Louis. Memphis was listed by the scores and odds as a 10½-point favorite in that game.

Nolley had a much larger offensive role at Virginia Tech. He scored at least 20 points nine times during the 2019-20 season when he led the Hokies in scoring by averaging 15.5 points and also had a team-high 68 3-pointers.

The teams haven’t met since 2005 when the Memphis Tigers, listed by the Las Vegas odds as eight-point favorites, won 83-62 in the NCAA Tournament.

Memphis has won its last eight games dating back to the 2020-21 season. The Tigers were favored in all eight games and covered five times during that span.

Five straight Memphis games went over the total before the 74-62 win over Western Kentucky fell short of the 147½-point total.

Four of the last five Virginia Tech games have gone under the total.

Quiz: What kind of bettor are you?