NCAAF: Time to Rank the Rankings 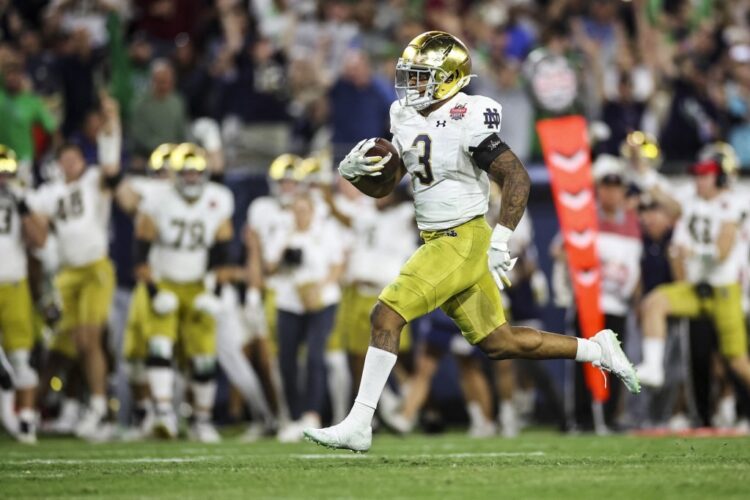 During the summer, there was a countdown of the top 50 college football teams in the country heading into the 2022 season. With the only game remaining being the national championship game between defending champion Georgia and Texas Christian, it is a perfect time to see how we did.

Georgia came in at No. 3, which would have put the national champions in the College Football Playoff field. The Bulldogs did make it back to the CFP but as the No. 1 seed. That looks much better than the preseason position of No. 46 for Texas Christian. As for the title game, the college football odds have Georgia listed as a 12½-point favorite. Perhaps TCU has one more surprise in store for the college football universe on Monday night.

Six of the top seven teams in our countdown are in the top 10 in the most recent Associated Press poll. Yes, we were a little off on Notre Dame at No. 6, as the Fighting Irish checked in 19th.

Using a margin of error of five spots, eight of the top 15 would fit that criteria. In reality, that is not a great number, but this was one rather unpredictable college football season.

LSU at No. 15 was a pretty solid selection considering that the Tigers are 16th in the AP poll. LSU wrapped up the season with a 63-7 win over Purdue.

What a way to finish off the season and open 2023 pic.twitter.com/397QDKvjJF

Penn State, Utah and Southern California are other teams that we were in the ballpark with. North Carolina fell out of the Top 25 but, as the first team receiving votes, that would place the Tar Heels 26th. We had them at 25th. Hitting on Mississippi State at No. 24 will go down as one of the better selections.

Oklahoma at No. 8, Texas A&M at No. 9, Michigan State at No. 17, Auburn at No. 20, and Miami at No. 21 were among the swings and misses. Those teams wreaked havoc with those who bet online all season long. Each of those teams finished under .500.

Each one could be a case study of what went wrong. Oklahoma and Miami brought in new coaches so maybe they could use a little bit of leeway.

Texas A&M’s meltdown is hard to explain with the top-ranked recruiting class in the country joining a solid group of returnees. The Aggies finished just 4-7-1 against the Las Vegas odds.

TCU at No. 46 is already in there and Tulane didn’t make it into the top 50 so ouch on both of those selections or non selections.

Having 4-8 Iowa State and Nebraska teams at 32nd and 36th was pretty cringe-worthy. Arizona State checking in at No. 41 hurts a little now as the Sun Devils finished 3-9.

Ole Miss at 11th is not the best preseason pick, either. Of course, hindsight is always 20-20.

Here are the complete rankings heading into the season with the current Associated Press rankings in parentheses. Teams in bold were ones that finished within five spots of the BetUS preseason countdown.