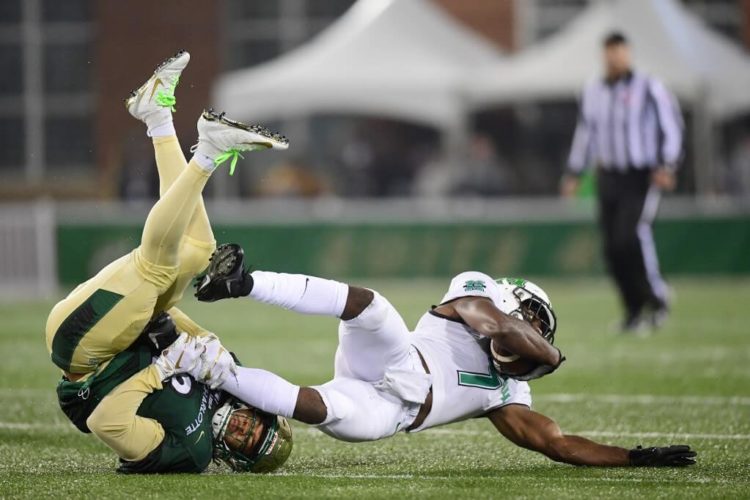 The Duke Blue Devils enter the 2021 ACC season at their lowest point in many years. They have enjoyed one of their more fruitful periods as a program over the past decade, but that run seems to be coming to an end. Accordingly, the feeling around the program is that big changes are around the corner.

The Charlotte 49ers are new to Division I football, having joined a few years ago. The 49ers are still trying to find their footing at a higher level of competition. Duke is in a bad place, but people will wonder if Charlotte is in a good position to take advantage of that fact.

This could be it. This could be the end of the road for David Cutcliffe, Peyton Manning’s offensive coordinator with the Tennessee Volunteers and Eli Manning’s head coach at the University of Mississippi.

Cutcliffe, one of the great quarterback gurus and teachers of the passing game, came to Duke in 2008. He inherited a team that was at rock bottom, so it was known that he would need some time to turn things around. His first four seasons were predictably rough, as he began to recruit his own players and create his own culture.

Sure enough, in his fifth year, things began to change. Duke went 6-6, made a bowl game, and the program took off. Duke made bowl games in six of the next seven seasons, winning three of them. The Blue Devils won at least eight games in four separate seasons, and they won 10 games and an ACC Coastal Division championship in Cutcliffe’s 2013 masterpiece season. Duke Football had risen from misery to produce great results. Yet, in 2020, the bottom fell out. The program went 2-9, and nothing worked. Cutcliffe has less talent than he did at any point since 2011, which was just before the rise of his program in 2012. Many people feel that if Cutcliffe can’t call forth some magic, this will be his last season of coaching. We will see what he can do to prolong his career and surprise the experts.

The Duke team Charlotte faces is a real mess, but Charlotte lost to Duke 53-19 last year. The 49ers finished the season 2-4 and found it hard to generate any sort of rhythm in the face of COVID-19. It is hard to get a feel for what the 49ers are capable of, but after losing by 34 to Duke last year, the reality of the situation is that Charlotte could make significant improvements relative to 2020 and still lose by 10 or more points. It’s a long, long road to travel for this team, which faces even more skepticism than Duke does at the start of the 2021 campaign. David Cutcliffe won’t win many games this year, but this is very likely to be one of them. If you’re betting the game, bet on Duke.