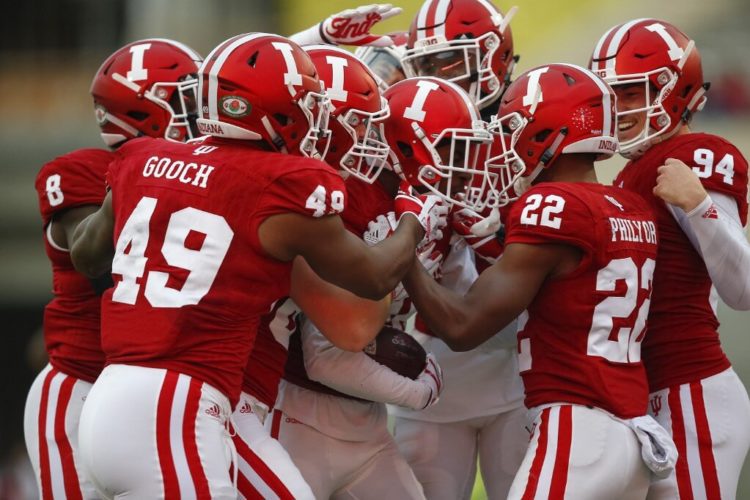 The Indiana Hoosiers were one of the feel-good success stories of the 2020 college football season. Everyone wondered if they would be able to back up their 2020 resultss That pursuit did not get off to a good start in Week 1. The Hoosiers move to Week 2 knowing they have a lot of flaws to correct under head coach Tom Allen. The Idaho Vandals, who used to be an FBS program, are an FCS program in the Big Sky Conference. Coach Paul Petrino is trying to make Idaho worthy of the FCS playoff tournament at the end of the season. Let’s take a closer look at this matchup and the odds for those who bet online.

These schools have never met, so we don’t have much history to help us with the NCAA odds.

Next game: at Oregon State

The Vandals began their season with a cupcake game against Canadian university Simon Fraser. If this is a cupcake game for Indiana – an FBS team playing an FCS team (from a lower division) – Idaho playing a Canadian school would be the equivalent of a cupcake game for the Vandals. They definitely feasted on a weak, slow opponent, winning 68-0. Idaho gained 593 yards of total offense, 316 rushing and 277 passing. Idaho held Simon Fraser to just 13 net yards of rushing on 44 carries. It is hard if not impossible to use anything from this game as a basis for evaluating how Idaho might fare against much higher competition. Idaho scheduled that Simon Fraser game so that it could get an easy win on the board, and not much else.

The Vandals have a clean injury report heading into Week 2.

Next game: vs Cincinnati

The Hoosiers lost one regular-season game last year, and that was a close game at Ohio State, the eventual Big Ten champion and the team which made the national championship game before losing to Alabama. Indiana had its most magical college football season since 1967, when it made the Rose Bowl. The Hoosiers entered 2021 trying to back up the 2020 season with another strong campaign this year, but they stumbled out of the gate.

Indiana scored six points against a hungry and relentless Iowa Hawkeyes defense. The Hoosiers were thoroughly bottled up in Iowa’s 34-6 win. They weren’t able to move the ball with any consistency. Beyond that, however, Indiana also made huge mistakes which enabled Iowa to break the game open.

Quarterback Michael Penix threw not one, but two pick-sixes. Moreover, he threw them to the same man, Iowa’s Riley Moss. Giving up two touchdowns on two errant passes crushed Indiana. Had the Hoosiers not gifted Iowa with two defensive touchdowns, they might have been able to stay close into the fourth quarter and apply more pressure to the Hawkeyes, but it didn’t happen that way. Indiana’s defense allowed just 20 points on a day when it got no support from the offense. The defense is still very good. The offense, though, shows signs of being a disaster, and the Hoosiers need to find some life on that side of the ball.

Left tackle Caleb Jones is probable, but he was banged up the previous week against Iowa and did not play well. He is far from 100% physically fit. He probably won’t get extended snaps since Indiana will need him to be strong against Cincinnati on Sept. 18 in one of the bigger games of the Hoosiers’ season.

Backup left tackle Luke Haggard did not play against Iowa and is questionable for this game.

Defensive back Devon Matthews is questionable. Running back David Ellis is questionable. Javon Swinton, a wide receiver, has been suspended but could be reinstated for this game. Dexter Williams, the backup quarterback to Michael Penix, is out for the season.

There is no listed moneyline but it might come later in the week. If you do see a moneyline price, Indiana is a very safe bet to win. The Hoosiers might be a -75000 moneyline favorite, while Idaho could be a +50000 moneyline underdog. If there are numbers posted on this game, they will be extremely large. If you have a lot of money, you could certainly drop some on Indiana and get comparatively small winnings.

A point spread has not yet been listed for this game. If one does, pay attention. If Indiana is favored by a number in the low or mid-20s, take Indiana minus the points. Idaho feasted on a smally-fry opponent in Week 1. Indiana is a totally different animal. The Hoosiers might shut out the Vandals. They should be able to do what they want on offense against an undersized Idaho team. If the point spread is in the mid or upper 30s, pass on this game. Indiana has a huge contest versus Cincinnati a week later and could easily call off the dogs early in the third quarter of this contest.

The over/under for this contest has not yet been revealed, so hold off on your college football picks. Indiana should hold Idaho to a very low point total. The Hoosiers’ offense is the harder unit to gauge in this game. A score in which Indiana blows out Idaho and limits the Vandals to a small number of points sounds about right. A total in the mid-50s would seem appropriate.

NFL Week 1 Over of the Week: Saving The Best For Last