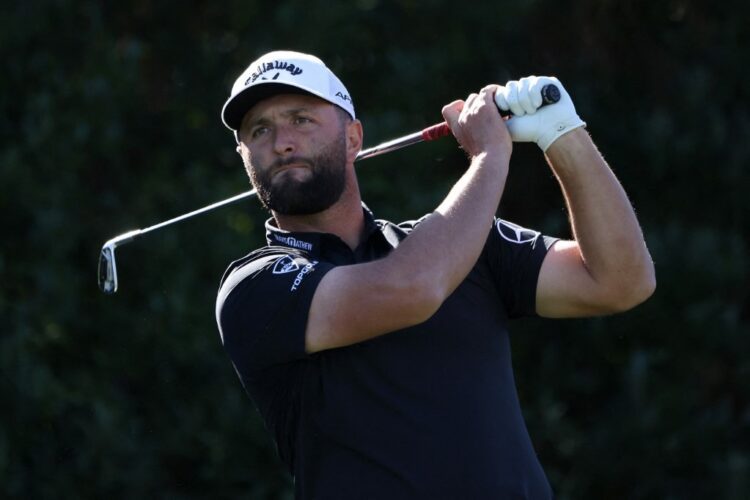 Jon Rahm is unbeaten in two PGA Tour starts in 2023 and he’s the raging hot favorite to win the Farmers Insurance Open this week.

The sportsbook has the Spaniard at +400 to win, which is the lowest price we can remember since the heyday of Tiger Woods.

The Farmers Insurance Open is always a tournament to watch and the likes of Collin Morikawa, Justin Thomas and Xander Schauffele are out to upset Rahm.

Let’s check the latest Golf news, stats, injury reports, and Golf lines for Farmers Insurance Open. We’ve got plenty of Golf picks for you to consider.

We fancied Rahm to win The American Express and he didn’t let bettors down with a one-shot victory at La Quinta.

“I think today was about as comfortable as I’ve been in a long time on the golf course, tee to green,” said Rahm after his latest victory.

“Every time I felt like this in the past, I’ve ended up going on to win, just because it takes a lot of pressure off a lot of parts of my game, knowing that basically I’m going to hit the shot that I’m envisioning. And that’s a really unique zone to put yourself in.”

Bettors will have to take shorter odds because of his excellent play. The +400 golf odds are extremely short against a field of this nature, but Rahm is shooting low numbers and he doesn’t appear to be slowing down.

We can’t leave Rahm out of our selections. He’s on fire and he could lead the field from the opening round.

Schauffele finished his American Express tournament with a final round -10, which should give him plenty of confidence going into the Farmers Insurance Open.

The 29-year-old doesn’t win as often as bettors would like, but he’s always around the top of the leaderboard. The American had to withdraw from the Tournament of Champions, so it was a nice bounce-back effort.

He is still a seven-time PGA Tour winner, including three wins in 2022, so there’s nothing wrong with his record.

The 2017 Tour Championship winner has been specked in golf betting markets. He has the second-best odds at +1200, so there is market confidence and he’s going in our golf selections.

J.J. Spaun isn’t the golfer on everyone’s lips, but the American has been playing well recently and he’s over the odds.

Betting online markets have him at +5500 to win the Farmers Insurance Open, and considering he finished T12 at the Sony Open and T5 at the Tournament of Champions, he can’t be left out.

Spaun was only five shots behind Rahm in Hawaii to start the year, and had he shot lower in the final round, he could have won.

The 2022 Texas Valero Open champion has confidence and we believe he’s good enough to win this year.

“Yeah, it’s still unbelievable,” Spaun said after winning in Texas, “I knew I could win out here on Tour. When I first got out here, I was playing really good and then obviously had a setback two years ago. It’s just perseverance, just trying to push through and just stay strong.”

Take the +5500 and include Spaun in your golf picks for the Farmers Insurance Open.