The hint could have come on May 6 when horse trainer D. Wayne Lukas decided to scratch Ethereal Road from the Kentucky Derby. Hours later, the 86-year-old trainer sent out Secret Oath and the 3-year-old filly won the Kentucky Oaks at Churchill Downs.

Because Ethereal Road was out of the Derby, Rich Strike was into the Run for the Roses. And we all know now what happened as do those who wagered at BetUS and everywhere around the globe.

Sunny Leon guided the longest shot on the board — 83-1 — to victory in the Kentucky Derby, the second-longest priced winner in the history of the storied race.

Leon is based in Ohio and another long shot came through earlier Saturday. The pathetic — sorry but they are pathetic — Cincinnati Reds won their fourth game of the season. The Reds are now 4-21 and 14.5 games back in the NL Central.

They have been outscored by 83 runs but somehow erupted for nine runs in thrashing the Pittsburgh Pirates.

Speaking of Pittsburgh, the spicy pork and broccoli Penguins saw a 4-1 lead disappear against the New York Rangers before adding three goals in the final 20 minutes — a pair of empty-netters — to post a 7-4 victory in their Stanley Cup playoff series.

Between the legs from Sidney Crosby 🤫 pic.twitter.com/JAg6XiKayd

The Dallas Stars and Washington Capitals also did their best to contribute surprises on Saturday as each upended their respective higher-seeded foes to go up 2-1 in those series.

The NBA playoffs saw drama, too, as an Al Horford tip came a tick after the red light went on signaling the end of the game between the Boston Celtics and Milwaukee Bucks.

Al Horford was *this* close to sending Game 3 to OT: pic.twitter.com/g16AFhrbKr

There was controversy as the Celtics fumed over what they perceived as a missed call.

Speaking of fuming, the Memphis Grizzlies are enraged over what they feel was a deliberate attempt to injure star guard Ja Morant in Game 3 against the Golden State Warriors.

This series has turned nasty and keeps getting meaner. The Warriors routed the Grizzlies 142-112 but expect there to be plenty of hard feelings as it continues.

Between the legs from Sidney Crosby 🤫 pic.twitter.com/JAg6XiKayd

The Octagon and boxing ring saw major stunners, too.

Dmitry Bivol stunned fans as he won a unanimous decision over Canelo Alvarez in a 175-pound title fight.

Alvarez had not tasted defeat since 2013 when he lost to Floyd Mayweather Jr. at age 23.

Speaking of a long time, Carla Esparza upended Rose Namajunas via split decision in a co-main event at UFC 274. Esparza is now 2-0 against Namjunas, defeating her in 2014.

Also on the card, Charles Oliveira lost his lightweight title but won the bout over Justin Gaethje.

Say what and how> Oliveira came in a half-pound overweight and that cost him his title. However, it took him only 3:22 to down Gaethje.

And in the biggest knockout of a smashing sports day, was crushed by Michael Chandler with a kick to the head.

This angle of the Michael Chandler knockout is CRAZY pic.twitter.com/EGRXFzb2lO

What can sports do for an encore on Sunday, May 8? There are more NBA and NHL playoffs, NASCAR is at Darlington and F1 will race in Miami.

And the best of everything is you can wager on all these events and more at BetUS, America’s Favorite Sportsbook. 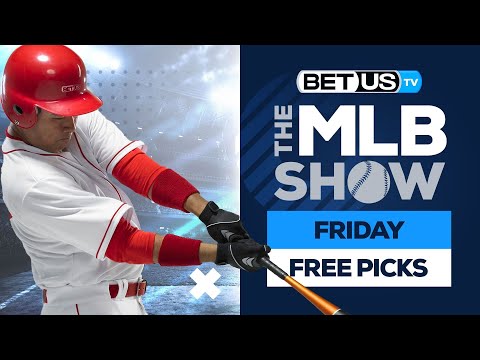