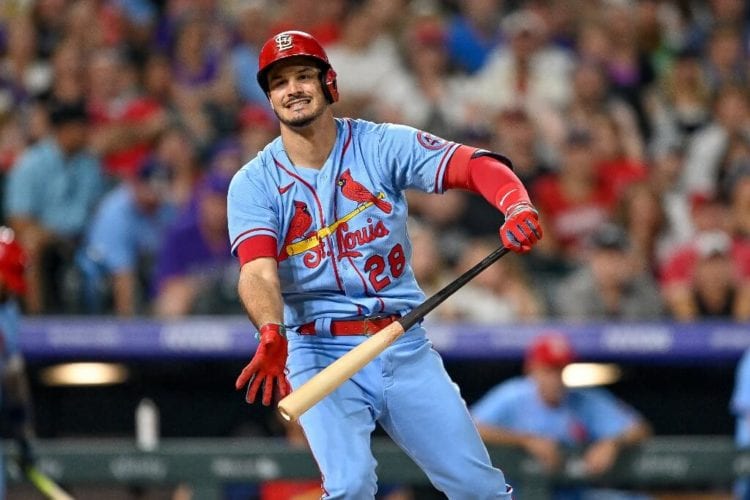 It’s the All-Star Break, and time to grade MLB squads based on their preseason expectations. This time, it’s the NL Central. Let’s dive into the top online bets to make on BetUS if you’re looking to project the NL Central win totals.

The NL Central was expected to be one of the most competitive divisions this season, but it hasn’t played out that way.

The Milwaukee Brewers have built a four-game lead over the Cincinnati Reds, and the Cubs and Cardinals are well behind. Let’s break down one of the toughest divisions in Major League Baseball.

When the St. Louis Cardinals acquired Nolan Arenado this offseason, it seemed to give the Cardinals a massive edge in the NL Central. Things started off that way through May, but this team has fallen apart.

St. Louis enters the All-Star Break with a record of 44-46, and that has them eight games out of first place. The Cardinals have enough talent to make a charge in the second half, but they have dug themselves a massive hole.

The lineup has remained pretty well intact but the starting rotation has been dealt a number of injuries. Ace Jack Flaherty has missed a few weeks due to injury, and the Cardinals have had to piece together the rotation.

The pitching staff has an overall ERA of 4.24, which is actually right around the league average. The problem for St. Louis is that the bullpen continues to walk too many batters and has blown some late leads.

Arenado does lead the team with 17 home runs and 56 RBIs, but this offense has gone through long dry spells this season. Paul Goldschmidt leads the team with a .265 batting average, but he is typically a much better hitter than that.

St. Louis will have to find a way to score some more runs in the second half of the season, or this team could become sellers at the Trade Deadline.

St. Louis is projected to win just 79.2 wins based on its current record, and that does feel a bit low. The Cardinals will make a run in the second half but it won’t be good enough to reach the preseason projected win total of 86.5

The Cardinals are going to miss out on the playoffs, something that didn’t seem possible in the beginning of the year.

Despite coming into the 2021 season with a loaded starting rotation, the Brewers were projected for just 82.5 wins in 2021. That number seemed low at the time, and Milwaukee is on a mission to blow past that mark.

The Brewers’ pitching staff has led the way. Milwaukee has finally started to score more runs on offense after a disappointing start to the year.

Milwaukee has a team ERA of 3.44, and it has a trio of starting pitchers that made the All-Star Game. Brandon Woodruff, Freddy Peralta, and Corbin Burnes can all throw close to 100 MPH and have produced some big strikeout numbers.

The Brewers have scored 394 runs, and that is actually right at league average. Milwaukee got off to a slow start at the plate, but that number should increase as the season moves along.

Avisail Garcia leads the team with 16 home runs and 55 RBIs, but Christian Yelich should emerge as the biggest bat in the Brewers’ lineup by the season’s end. Yelich did miss a chunk of time early in the season, and he is starting to heat up again.

The Brewers are now projected to win 94.4 games, and it does seem as if they will get close to that number. Either way, Milwaukee is going well over their regular season expected win total and could get to that number by the end of August.

Milwaukee still has some work to do in the NL Central race, but this team has continued to play better than they were expected to.

Starting pitching was supposed to carry the Reds in 2021, but that hasn’t been the case at all. Instead, the offense, especially the outfield trio, has kept this team in the playoff race.

With three straight wins prior to the All-Star Break, the Reds are now within four games of the Brewers for first place. Cincinnati has spent much of the season in fourth place, but they now look like the top challenger in the division.

This team will be looking to upgrade the starting rotation at the Trade Deadline, and that could give the Reds a significant boost to make a second-half run. Cincinnati will continue to put up some big offensive numbers, but getting outs remains a key.

At this time, the Reds have a team ERA of 4.38, and they have received just 32 quality starts. Sonny Gray and Luis Castillo both got off to slow starts, but seem to be turning things around.

Nick Castellanos leads the Reds with a .331 batting average to go along with 51 RBIs. Jesse Winker has blasted 19 home runs, and Tyler Naquin is also having a career year for the Reds.

Cincinnati is now projected to win 85.6 games based on their current record, but that won’t be good enough to track down the Milwaukee Brewers. Either way, the Reds are going to win more than 81.5 games to exceed the projected win total.

The Chicago Cubs have had a very interesting first half of the season, but it ended with an overall record of just 44-46. This is a team that exceeded expectations through the middle of June but then suffered a brutal 11-game losing streak at one point.

Chicago now sits in a third-place tie in the NL Central Division, and it appears that they are out of the playoff race. Injuries have plagued the Cubs when it comes to the offensive lineup, but there are still too many players that aren’t playing up to their capabilities.

The bullpen of the Cubs has been dominant so far this season, and that unit actually leads all of baseball in strikeouts. The problem is that this unit has also been overworked, and some of the top arms are going to get fatigued.

Starting pitcher Kyle Hendricks continues to pile up the wins, but the rest of the starting rotation is a mess. This was a glaring issue for the Cubs entering the season, and it will keep them from reaching the NL Playoffs.

Kris Bryant looked like the NL MVP for the first two months of the season, but his batting average is now just over .270. Javier Baez leads the team with 21 home runs and 56 RBIs, but he continues to strike out too much.

The Cubs are too streaky at the plate, and they go on long streaks where the offense just completely falls apart. Chicago gave it a good run for three months, but eventually, reality set in.

At 44-46, the Cubs are now projected to win just over 79 games, which would keep them from making the NL Playoffs. It does seem like the Cubs are better than a team that is playing sub-.500 baseball, but they aren’t going to hit the 78.5 wins.

Chicago will be a team that is active at the Trade Deadline, and a number of the biggest stars will likely be on the move. This is going to be a difficult second-half of the season for the Cubs and for the Cubs’ fan base.

The Pittsburgh Pirates had two players starting for the National League in the All-Star Game, but they also have one of the worst records in baseball. This franchise is going through a rebuild, and they have played just about as poorly as they were expected to.

Pittsburgh entered the All-Star Break with an overall record of 33-56, which puts them 18 games out of first place. An early injury to Ke’Bryan Hayes was a big blow for the Pirates, but this team wasn’t going to be good enough to compete regardless.

Adam Frazier leads the Pirates with a .330 batting average and he has done a great job of setting the table for Pittsburgh. Bryan Reynolds has hit 16 home runs and 51 RBIs, and both of these players were honored with an All-Star Game selection for their work.

Despite having two All-Stars, the Pirates are still the lowest-scoring team in baseball this season. This team doesn’t have much power, and opposing pitchers have been able to completely shut them down.

The pitching staff in Pittsburgh hasn’t been much better as the Pirates currently have a team ERA of 4.88 on the year. Not scoring runs and giving up a ton of them is a combination that has led to a poor record.

With the 33 wins at the break, Pittsburgh is now expected to win 60.1 games this year. That would put them over their projected regular-season win total, but by the slimmest of margins.

Pittsburgh is not going to get to 60 wins as this is another team that is going to be hit hard at the Trade Deadline. The Pirates need to acquire as much young talent as possible, and they have some players that contending teams are going to want.