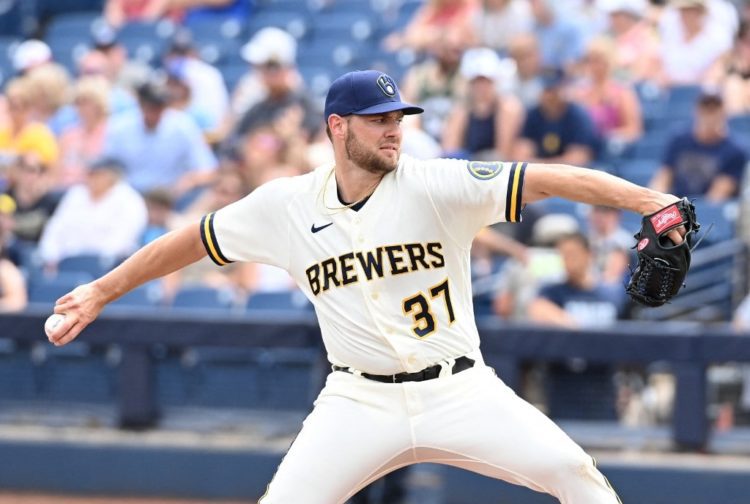 When it comes to teams expected to run away with the division title according to the MLB playoff odds, it is hard to top the NL Central favorites. The Milwaukee Brewers could end up with the best starting rotation in Major League Baseball.

The St. Louis Cardinals brought back Albert Pujols and added third baseman Nolan Arenado but will that be enough to challenge the Brewers or hold off a revamped Cincinnati Reds team?.

The Brewers have just the ninth-best odds to have the top record in Major League Baseball. The Cardinals come in at +3300 with the other three NL Central teams well back.

Below is more information including some Las Vegas odds for each team to consider.

Burnes and Woodruff could be as good of a 1-2 combination at the top of the rotation as there is. This could be the season when people start realizing how good Freddie Peralta is. Adrian Houser is coming off a 10-6 season but he had a 7-13 career record before that. Jose Urena is 16 games under .500 since a 14-7 season with the Marlins in 2017.

With Devin Williams, Brent Suter, and Josh Hader as part of the staff, pitching will be a definite strength for the top team in the division according to the MLB picks.

Christian Yelich is looking to return to the form that made him an annual MVP candidate. Catcher Pedro Severino came over from the Orioles while Hunter Renfroe (31 homers in 2021 with the Red Sox) is another new addition as is Andrew McCutchen.

Willy Adames was a revelation a season ago in the infield teaming with Kolten Wong.

If the offense is even average, this is a team that can win early and often in 2022 and is one of the favorites in the National League according to the MLB lines.

The big news is that Albert Pujols is back with the Cardinals but he won’t be putting up the gaudy numbers he did during his first stint with the team. Arenado might be the offseason acquisition who makes the larger impact.

Tyler O’Neill, Dylan Carlson, Harrison Bader, Paul Goldschmidt, Tommy Edman, and Paul DeJong are all back so this should be a productive lineup.

Jack Flaherty has been limited to 26 appearances in the last two seasons which is 16 more than Dakota Hudson. When healthy, both of them have the potential to be 20-game winners. The ageless Adam Wainwright had 17 wins in his 16th season with the Cardinals while Miles Mikolas was 18-4 just four years ago. The bullpen looks solid as well. This could be a playoff team and one to watch for those who bet online.

Joey Votto keeps rolling along for the Reds but many of the other stalwarts in the batting order have moved on as Nick Castellanos, Eugenio Suarez and Jesse Winker are playing elsewhere after combining for 89 homers and 250 RBIs. Jonathan India seems ready to emerge as a star but there are more questions than answers in the rest of the lineup.

Two of their five starting pitchers have moved on so it will be interesting to watch how the 20-somethings likely to earn spots in the starting rotation fare. Justin Dunn and Mike Minor come in from Seattle and Kansas City to help the pitching staff.

It has been an adventurous spring for the Cubs who won eight of their first 12 games while being outscored by seven runs.

Runs could be hard to come by for this team as the big hitters who helped power the Cubs to the 2016 World Series title play elsewhere now. Patrick Wisdom had 28 homers a season ago while Ian Happ added 25. It had to be hard seeing the trio of Kris Bryant, Javier Baez and Anthony Rizzo leave town.

Kyle Hendricks, one of the few holdovers from that title-winning team, was the only Cubs pitcher to hit double digits in victories. Wade Miley’s arrival should help the pitching staff.

Cruz is an exciting prospect but he seems destined to start the season in the minor leagues. Now there is chatter that all-star outfielder Bryan Reynolds could be on the trading block. Where will the runs come from if that is the case? Ke’Bryan Hayes was limited to 96 games a season ago but he is being counted on for big things.

When the starting pitcher with the most wins on the 2021 team had five wins, what else needs to be said?

Baseball betting: Los Angeles Dodgers are the team to beat in the top-heavy NL West