White Sox Are in Houston to Battle With the Astros 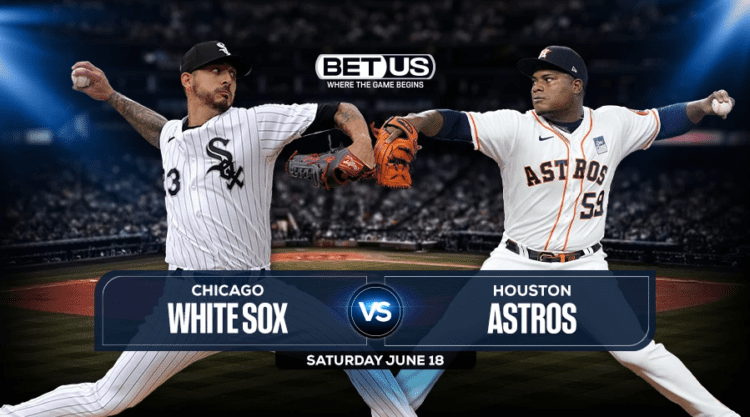 You will find some great MLB betting opportunities on the schedule for Saturday, including a game set to take place in Houston. The Astros will play host tp the Chicago White Sox in this game, and these teams have developed a nice little rivalry in recent years.

Chicago was blown out by a score of 13-3 in the series opener, and the White Sox have had too many bad losses this season. The White Sox are 30-32r, and they continue to fall short of preseason expectations.

Houston comes into this game with an overall record of 40-24, and it has won three straight games. The Astros have jumped out to a big lead in the AL West Division, and they are 17-10 in their home park.

The MLB lines for this game have the Houston Astros at -240 over the Chicago White Sox.

Check the latest MLB picks, stats, injury reports and MLB odds for the White Sox vs Astros. There are plenty of MLB predictions.

There are a number of things that are ailing this Chicago White Sox team, but a lack of consistent offense is at the top of the list. The White Sox are hitting .251 as a team this year, but they have belted just 55 home runs on the season.

Injuries have really started to pile up for the White Sox, but some big names haven’t lived up to preseason expectations. Jose Abreu has heated up of late, and he now leads the team with nine home runs and 30 RBIs.

Johnny Cueto is set to make this start for Chicago, and he has actually pitched well. Cueto is 0-3 with a 3.53 ERA, but he has given the White Sox enough good starts that he should have a victory.

Verlander Looking To Lead the Astros

Justin Verlander returned to the mound this season after missing out on 2021, and he has been one of the best pitchers in baseball. The hard-throwing right-hander comes into this game with an 8-2 record to go along with a sparkling ERA of 1.94.

Verlander doesn’t have to do everything by himself in this game, as Houston also has a lineup that is red-hot. The Astros scored 10 runs in the sixth inning on Friday night, and Dusty Baker said, that’s as good of an inning as I’ve seen in a long time.”

Yordan Alvarez has thrown himself into the AL MVP conversation as he leads the team with 18 home runs and 47 RBIs. There just aren’t a ton of holes in the Astros lineup, and they can strike at any time.

These teams met in the playoffs a season ago. Houston has won four of the last five games in this head-to-head matchup, including a series win in the ALDS.

Making MLB picks for the White Sox this season has been tricky as this team just hasn’t lived up to the preseason expectations. The latest scores and odds have not made a ton of sense, and they are not facing one of the best pitchers in baseball.

Justin Verlander just continues to pitch well for Houston, and he should be dominant in this game as well. Houston will have another big day at the plate, and their star pitcher will take care of the rest.

Head to BetUS Sportsbook and take the Houston Astros -1½ as they roll to another blowout win over the Chicago White Sox.