Potential Playoff Preview On Tap As Utah Takes On Dallas

Fourth place in the Western Conference standings is on the line on Sunday night as the Utah Jazz take on the host Dallas Mavericks with the teams tied heading into the action. Utah holds the tiebreaker and would have home-court advantage if the playoffs started now, but Dallas has won two in a row at home. This will be a fun game to make a bet online on, but let’s take a closer look before you make your picks.
Let’s check the latest news, stats, injury reports, and NBA odds for Jazz vs Mavericks. We have plenty of predictions for you to consider.

The Utah Jazz come into this game on a three-game losing streak, falling into a tie for fourth in the conference and holding onto a 1½-game lead over the second-place Denver Nuggets in the Southwest Division. Utah is in the middle of a six-game road swing, with the first four coming against Eastern Conference teams and that will wrap up with a contest against the LA Clippers on Tuesday.

Donovan Mitchell has been trying to carry the load for the Jazz, averaging 32.2 points over the road trip. On the season, Mitchell is 11th in the NBA in scoring at 26.1 points per game while also dishing out 5.4 assists per contest.

Center Rudy Gobert can make a big impact on both ends of the floor. The 7-1 All-Star is leading the NBA with 14.6 rebounds per game while ranking third with 2.1 blocks per contest. Gobert’s scoring has been down slightly, as he’s averaging 13.7 points over his last nine games, but he’s still shooting a league-best 71.2% from the floor.

The scoring of forward Bojan Bogdanovic (18.1 points per game) has been missed of late, as he has not played since March 12 due to a calf injury. Guard Jordan Clarkson has been trying to be aggressive off the bench, averaging 19.5 points over the last 10 games, but Utah needs Bogdanovic back and healthy in time for the postseason.

Mavericks Hoping Doncic Can Get Back in Form

The Dallas Mavericks are fighting the Jazz in the standings and the injury bug when it comes to All-Star guard Luka Doncic. The all-everything guard returned to the lineup on Friday after sitting out a game to rest a sore ankle, but it didn’t matter as Dallas was blown out by the Minnesota Timberwolves, denying it a chance to move above the Jazz in the standings.

“Every game is significant,” forward Dwight Powell said after Friday’s loss. “We don’t have very many left.”

Doncic had 24 points, 10 rebounds and eight assists in his return, but it wasn’t nearly enough. Doncic is fifth in the NBA in scoring (27.8 points) and sixth in assists (8.5) while also grabbing a team-high 9.1 rebounds per game. His effectiveness and health will be major keys for Dallas’ chances of securing home court in the first round of the postseason.

Guard Spencer Dinwiddie has been a solid scorer since coming over from the Washington Wizards at the trade deadline. In 16 games with Dallas, Dinwiddie is averaging 17.8 points and 4.2 assists, helping fill the void left by the injured Tim Hardaway Jr. on the perimeter.

The home team has ruled in this season’s series. The Utah Jazz won the first two meetings, while the Dallas Mavericks took the last matchup, winning on their home floor earlier this month.

Dallas is 25-12 at home while the Jazz are just a game above .500 on the road, but the NBA lines have this one coming down to the wire.

Both teams have a lot at stake but both have been a up and down of late. The Utah Jazz want to get another win on this road trip, but the Dallas Mavericks are just too good when playing at home. Look for a big game from Doncic as Dallas evens the season series and moves ahead of Utah in the Western Conference standings with a win.

When making your NBA picks, take Dallas to get the win at home. 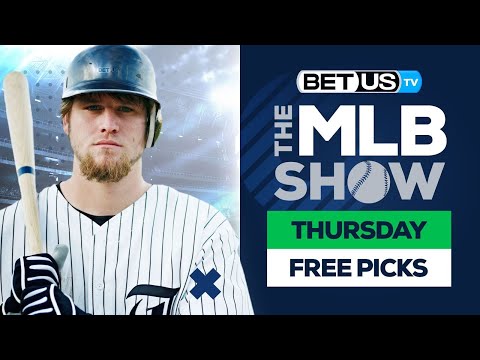