Does Luka Earn his First Playoff Series Win on Thursday? 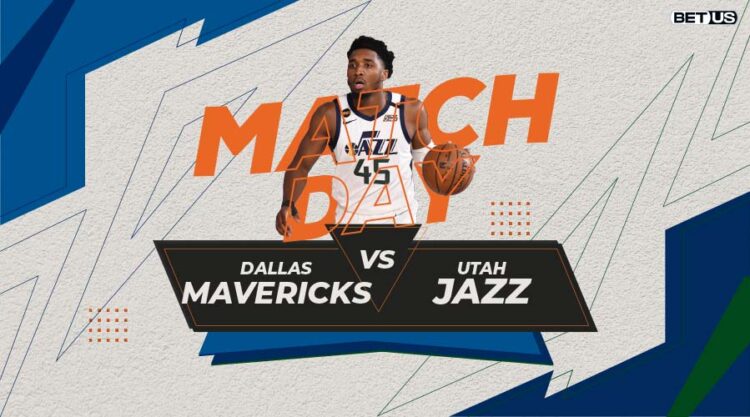 On Tuesday, the Dallas Mavericks took a 3-2 series lead over the Utah Jazz. The NBA point spread was released and has the Mavericks as a 2-point favorite. We’ll go through the last two games and what you can expect for Game 3 in this NBA betting preview,

Let’s check the latest NBA picks, stats, injury reports, and NBA odds for Mavericks vs Jazz. We have plenty of NBA Playoffs Odds for you to consider.

When Dallas’ star guard Luka Doncic got hurt right before the playoffs, it looked as though it could be a death sentence for the Mavericks.

perhaps that injury was a good thing? Okay, it’s never a good thing to lose a star player, but let’s say there was a silver lining. The silver lining is that the Mavericks have a legitimate number two option. No, it’s not Spencer Dinwiddie, who the Mavs acquired in the Kristaps Porzingis trade. Instead, it’s backup point guard Jalen Brunson.

Offensively, the Mavs have been using a familiar gameplan to attack the Jazz defense, which hasn’t been as good this year as years past. They’ve put Maxi Kleber in pick-and-pop action to keep him around the perimeter. That way, the former “Defensive Player of the Year Award” winner Rudy Gobert has to cover more ground, whether it’s to try and get back to the paint to defend the shot, or sprinting out trying to contest an open Kleber three.

For a few games, the Mavs really made Utah pay, especially in Game 2, when Kleber shot an astounding 8-for-11 from deep for 25 points. Then Utah started to put Kleber in the spin cycle so to speak, driving the ball right at him, getting him into foul trouble. He had five fouls in 22 minutes in Game 3 and fouled out in 18 minutes in Game 4.

After Mavs fans were holding their breath watching Luka limp off in the regular-season finale, they will once again have their hearts in their throats with the chance to advance and eliminate Utah Thursday evening.

What Next for Utah?

According to the Las Vegas odds, Dallas is a -130 favorite on the moneyline tonight. While Utah has had its moments this series, what will they look like on the brink of elimination?

Without Luka and for how long this Jazz team has played together, they should’ve been able to pounce on the superstar-less Mavs early in the series. Instead, they’re heading back to Utah facing elimination and their star player on the injury report. Donavan Mitchell appeared to injure his hamstring in the team’s last game and they may be without him with the team’s season on the line.

It’s a crazy thing that the Jazz are in this situation, as the team could easily have been eliminated if it wasn’t for their game-winner in Game 4. With little time on the clock, the Jazz drew up a play, trying to give the Mavs something they wouldn’t expect. Everyone has been all over the Gobert-Mitchell duo ever since Gobert infamously touched all of the mics, joking about COVID-19 the day before the league was shut down.

Fast forward to today and the beef between the two may have been squashed, according to people close to the team, but it’s evident that the relationship will never be the same. Things got to the point where Mitchell was only passing the ball to Gobert twice a game. A team’s best player never passing to their second-best player is alarming.

It remains to be seen what happens with the Jazz after this season. It’s likely the team would look to move Gobert if the relationship cannot be salvaged, and it’s possible that Mitchell has already played his last game in a Jazz uniform.

Below is where you can find this game and bet online. In the regular season, the two teams split the series two games apiece.

As the series has moved on, Doncic has looked stronger and stronger. Now, with Mitchell’s hamstring injury and his uncertainty for Game 6, it’s hard to take the Jazz here. Neither of their wins was necessarily convincing.

One thing the NBA media has been consistent on is reminding everyone when Doncic’s name is brought up, that he’s never won a playoff series to this point in his career. Doncic definitely hears that noise, and with Utah possibly on its last leg (or hamstring), look for the Mavs to pounce and try and end this series without having to go back for a Game 7.