If there ever is a fun underdog to back, it will be the 2021-22 Minnesota Timberwolves. Find the Wolves from the BetUS sportsbook and bet on their NBA conference odds and NBA Championship odds from their basketball futures or all their NBA odds for their 82 games.

Minnesota may be a lucrative live betting choice or worth a shot with their NBA game props if this franchise keeps being underestimated from the online betting standpoint.

Few NBA franchises are as dysfunctional as the Minnesota Timberwolves and they proved that with their last two front office moves. Minnesota abruptly fired general manager Gersson Rosas and, prior to that, hired coach Chris Finch from out of the blue. The former move stunned the players, including franchise center Karl-Anthony Towns.

Despite these controversial front-office moves, there is some hope that the Wolves’ on-court product will be a lot better than seasons past. For one, the trio of Towns and guards D’Angelo Russell and Anthony Edwards will make the team both exciting and capable. Minnesota went 13-11 last season when the three played together.

Minnesota has just one playoff appearance since the 2003-04 season. Towns and Russell are still just 25 but are veterans at this point and need to start winning. The NBA odds aren’t kind to the Wolves, expecting them to miss the playoffs yet again at -600 with a win total of just 35. But qualifying for the play-ins should be more than possible. Grizzlies Look To End This Series In Game 6 What seems to be the usual story of this series happened...
Read More Series Primed For Seven Games? The Minnesota Timberwolves stormed back into their first-round playoff series with a strong win over...
Read More Grizzlies Hold Momentum When Game 3 started, everything was going Minnesota’s way. It was their first playoff home game in...
Read More Grizzlies Look to Make it Two Straight The Minnesota Timberwolves sprung out of the gates fast, winning their first matchup...
Read More No. 2 Seed Grizzlies Seek Fast Start The second-seeded Memphis Grizzlies open what they hope is a long postseason when...
Read More 5 Keys for the Timberwolves vs Grizzlies Playoff Matchup

The Western Conference features one of the most exciting 2-seed vs. 7-seed playoff series in recent memory. The Minnesota Timberwolves...
Read More 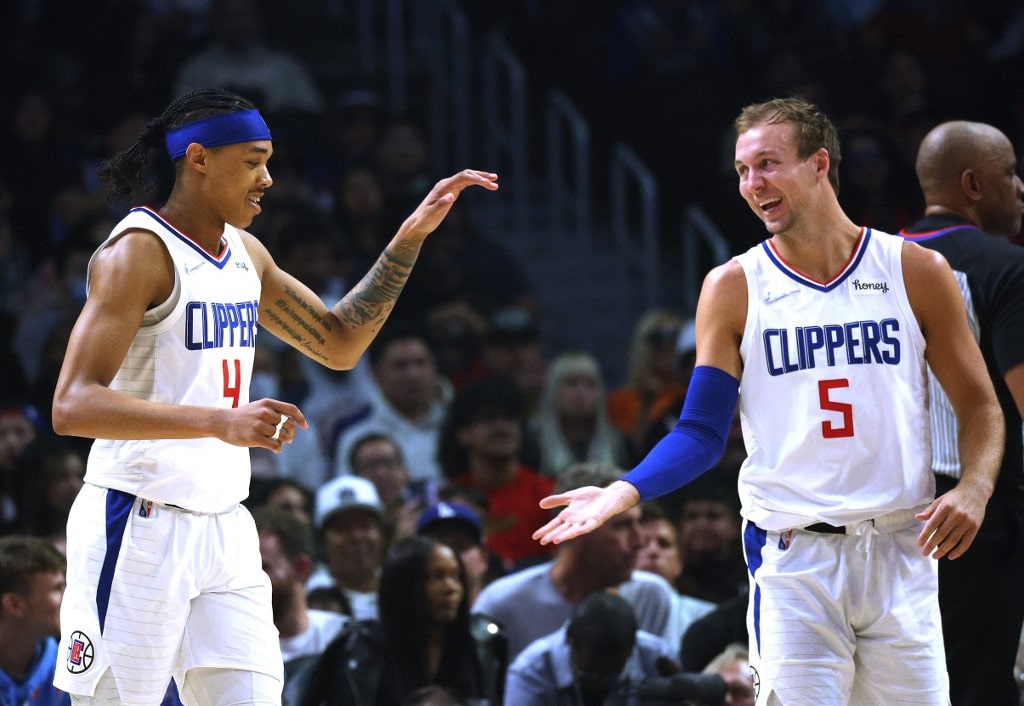 Winner Advances to Play Memphis The No. 7 and No. 8 seed will be battling it out in this play-in...
Read More Western Conference Race Intensifies The NBA regular season is rapidly approaching its end and teams are battling it out for...
Read More

Minnesota has its own “Big Three” with Towns, Russell and Edwards. Towns and Edwards are No.1  overall picks and Russell is a second overall pick that came via a trade with Golden State. Towns is a two-time All-Star and also made the All-NBA once. He has a career average of 22.9 points, 11.6 boards and 1.4 blocks and is a fantasy superstar. But his “soft” defense and casual mindset lead to many questions.

Russell is like a guard version of Towns. It’s fitting as the two are great friends. Having turned just 25, “DLo” is already on his fourth NBA team. He has made one All-Star appearance and has averaged 19 points or better in his previous three seasons. But staying healthy has constantly been an issue.

And last, but not least, Edwards or “Antman” overcame a rough start to his rookie campaign and finished strong. He posted 23.8 points, 5.3 boards and 3.4 assists after the All-Star break.

Minnesota was hit hard by injuries last season and finished under their expected win total of 29.5, winning just 23 games. Ryan Saunders was fired as the team’s coach 31 games into the season. Towns missed 22 games and had bouts against COVID while Russell also missed 30. Edwards was the only player to play all 72 games.

The Wolves weren’t so hot against the spread either, going 33-37-2. Their defense was among the worst in the league, allowing the second-most points and the highest three-point percentage. Minnesota won just seven games heading to the All-Star break.

But along with Edwards’ strong play, the Wolves finished a bit better with a 16-23 record after the break. Still, with a 9-25 record in double-digit results, the Wolves lost games by a lot. The team did not make too many roster changes, but adding Patrick Beverley in place of Ricky Rubio will exchange some offense for better defense.

Finch helped make the Wolves a more organized team last season, especially on offense. Minnesota went 16-25 under his guidance, and with an offseason to gain more chemistry with the team, Minnesota should be much better.

The 51-year-old has a sterling coaching background and has served as an assistant under several coaching savants like Michael Malone in Denver and Nick Nurse in Toronto. Minnesota finished with the 11th-best offense after the All-Star break and if his star players can stay healthy, Finch has a shot at leading Minnesota back to playoff contention.