Super Bowl LV is set: the Kansas City Chiefs will face the Tampa Bay Buccaneers. Tampa Bay will be the first team ever to play the Super Bowl at home (Raymond James Stadium), while Kansas City will represent the AFC at the big game for the second straight year and will try to become the first team to win two in a row since the New England Patriots did it in 2004.

We already have the Super Bowl LV Odds fully loaded for all the betting enthusiasts out there. Be sure to check em and pick your sports betting favorites!

Tom Brady went from the AFC (New England Patriots) to the NFC (Tampa Bay Buccaneers) and needed no adjustment time. He’s going to play his tenth Super Bowl. Brady and LeBron James are the only two players to make 10 championship appearances from the NFL, NBA, MLB, NHL since 1990.

Collectively, the Tampa Bay Buccaneers became the first team to make it to the Super Bowl after winning three road games during the playoffs since the Green Bay Packers back in 2010.

Tampa Bay haven’t played the big game since 2002, when they beat the Oakland Raiders 48-21 to win Super Bowl XXXVII.

The Kansas City Chiefs will play their second-straight Super Bowl (fourth overall). It’s going to be the second one for Patrick Mahomes too; one more than Drew Brees and Aaron Rodgers. Mahomes has been in the league only four years.

Kansas City will try to win their second Lombardi trophy in a row, something that hasn’t happened since 2004 and something that only seven other teams have done.

We have you covered with the latest news, stats, info and Super Bowl LV odds for all matchups.

Super Bowl LV is already a special one. The Tampa Bay Buccaneers will be the first team to play a Super Bowl in its home stadium; Tom Brady will play in his tenth Super Bowl (NFL record), and it will be the lowest attended Super Bowl (22,000) due to COVID-19 restrictions.

Many are tagging it as “GOAT vs Baby GOAT” (Tom Brady vs Patrick Mahomes). A Chiefs victory could be considered the last step towards a new league where the young, agile, dual-threat QB’s reign.

Without further ado, here you have the BetUS analysis for Super Bowl LV. All game preview odds are as of writing.

Patrick Mahomes and the Kansas City Chiefs thought that Tom Brady would not be in their path to a second straight Super Bowl victory, but Brady found a way (he always does).

The Chiefs finished the regular season with a 14-2 record (best in the league), and they beat the Cleveland Browns (22-17) and Buffalo Bills (38-24) to be crowned as AFC Champions once again.

Patrick Mahomes was questionable for the AFC Championship Game against the Bills due to concussion, but he cleared all doubts with a 325 passing yards and three touchdown passes performance.

Mahomes has thrown for 580 yards during the NFL Playoffs (fourth best), while Tyreek Hill and Travis Kelce have 282 and 227 receiving yards (second and third best).

What About the Tampa Bay Buccaneers?

Tom Brady and the Tampa Bay Buccaneers finished the regular season with an 11-5 record (fifth best in the NFC). During the NFL Playoffs, they beat the Washington Football Team (31-23), the New Orleans Saints (30-20), and the Green Bay Packers (31-26), all on the road.

Brady leads all QB’s in the postseason with 860 passing yards, while Leonard Fournette has 211 rushing yards (second best), proving that Tampa Bay can hurt you either way. Chris Goodwin has been the best receiver with 223 yards.

The Buccaneers defense has been sensational as they faced two legendary QB’s in Drew Brees and Aaron Rodgers, and they finished with four total interceptions (three against Brees and one against Rodgers). They are also very good against the running game; they limited Alvin Kamara (Saints) to 85 yards, while Aaron Jones (Packers) finished with just 27 yards.

The Kansas City Chiefs already beat the Tampa Bay Buccaneers at Raymond James Stadium this season. It was in Week 12 and the Chiefs won 27-24.

Overall, the Tampa Bay Buccaneers lead the series against the Kansas City Chiefs 7-6-0.

Our NFL news page has all the Super Bowl LV content you could want. That’s right, you will be able to find the latest team, player and NFL News, stats, NFL injuries & weather reports, highlights and betting trends for both teams right before you head to the Super Bowl LV Odds to place your ticket! NFL Awards: Year of the Bengal Rams no longer flying under radar Good News: USFL Is Back! After an in-depth analysis of the Super Bowl LV betting lines alongside the latest Super Bowl LV news, our panel of experts share their betting predictions for Super Bowl LV. Here’s the rundown. The Kansas City Chiefs are averaging 30 points per game in the playoffs. Patrick Mahomes has thrown for 580 yards (fourth best in the postseason), while Tyreek Hill and Travis Kelce lead the team in receiving yards with 282 and 227.

There’s no doubt that the Chiefs’ offensive plan is based on Mahomes connecting with their vast receiver corps, mainly Hill and Kelce.

The Chiefs scored 27 points against the Buccaneers in Week 12, and the total has gone over in four of their last six games.

Tom Brady and the Tampa Bay Buccaneers average 30.7 points per game this postseason, and Brady leads the postseason passing yards chart with 860. Chris Godwin has been the most prolific receiver with 223 yards, while Mike Evans has 173 and Cameron Brate 149 yards..

The Buccaneers have a more balanced offensive plan, but Brady already proved that he can go long at any moment, which is why Super Bowl LV should be an offensive battle.

In their Week 12 matchup, the Buccaneers scored 24 points, and the total has gone over in 13 of Tampa Bay’s last 20 games played on a Sunday.

During the NFL postseason, you can enter our Pro-Football Pick Em Free Contest to predict the point spread winner for each game. Climb the leaderboard and finish at the top to reclaim a huge freeplay alongside bragging rights with your friends!

Which teams have been eliminated from the NFL playoffs?

Which team has the home advantage in Super Bowl LV?

Which team is the current Super Bowl Champion?

How many Super Bowls has Tom Brady won

How many Super Bowls has Tom Brady played in?

When was the last time that the Tampa Bay Buccaneers won the Super Bowl? 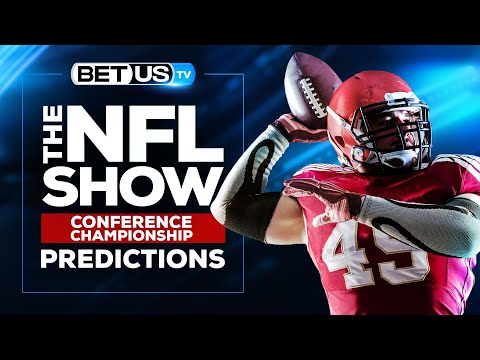