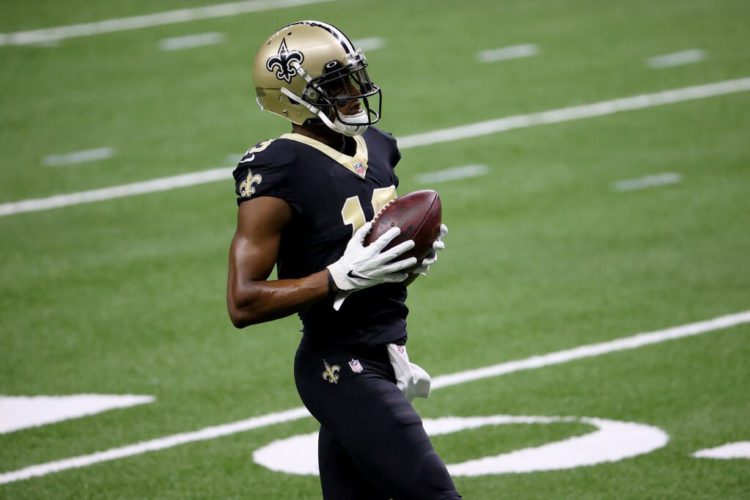 The good news is that the NFL season is upon us. Things started with the Buffalo Bills, listed by the NFL betting odds as the favorite to win the Super Bowl, meeting the reigning Super Bowl champion Los Angeles Rams. There was already a surprise with the limited usage for Rams running back Cam Akers.

There are plenty of key players on both sides of the ball heading into this weekend with questions about their availability. The list includes Atlanta receiver Drake London, one of the front-runners in the NFL Offensive Rookie of the Year odds.

BetUS is starting a weekly feature looking at the teams most likely to be impacted by injured players.

A year ago, the Baltimore Ravens’ playoff hopes weren’t helped by the series of injuries at the running back position.

Things aren’t much better heading into this season.

J.K. Dobbins, expected to be the lead back, has been limited at practice and his status has ranged from questionable to doubtful. There is a chance that Dobbins might not be available on Sunday against the New York Jets.

Baltimore is already without Gus Edwards, who is on the physically unable to perform list meaning he will miss at least the first four games of the season.

Who Will Tom Brady Be Throwing To on Sunday Night?

When Tom Brady ended his brief retirement to return to the Tampa Bay Buccaneers, there was a thought that his longtime top target Rob Gronkowski would join him yet again. However, unlike his quarterback, Gronkowski remained retired.

Receivers Mike Evans, Chris Godwin, and Russell Gage have all been regulars on the injury report and it will be worth watching to see which receivers are able to go in the anticipated game against Dallas.

Godwin did not practice on Thursday while Gage practiced on a limited basis. Godwin did return to practice on Friday. It will be an interesting opening act for a Tampa Bay team listed by the NFL predictions to be the NFC team to reach the Super Bowl.

#Bucs second injury report of the week is out as we know Chris Godwin was a non-participant. Julio Jones returned to practice and Tristan Wirfs was a full participant. Meanwhile Dak Prescott was limited for the Cowboys pic.twitter.com/XScsXIpe78

With Amari Cooper, a member of the Cleveland Browns and key offseason acquisition James Washington on injured reserve, the options for the receiver spot opposite of CeeDee Lamb are beginning to dwindle.

Michael Gallup is one of the players being asked to play a larger role. However, a knee injury will keep him out of Sunday’s matchup with Tampa Bay.

He is not the only prominent pass catcher dealing with a questionable tag.

Diontae Johnson of the Pittsburgh Steelers, San Francisco 49ers tight end George Kittle and New England Patriots receiver Jakobi Meyers have been listed as questionable for much of the week.

Kittle did not practice on Thursday while Johnson was a limited participant in practice for Pittsburgh as was Meyers. Johnson seems to be the safest bet to return for the opener.

Things were going to look differently on offense with the Green Bay Packers thanks to the trade of star receiver Davante Adams to the Las Vegas Raiders. That might not be the only familiar face not to take the field in Green Bay’s opener.

Bahktiari was the one who figured to be the least likely to be ready for the start of the season. However, he told the media earlier this week that he expects to be good to go against Minnesota. According to the NFL betting lines, the Vikings are supposed to be the team to give Green Bay the toughest challenge in the NFC North race.

Lazard did not practice on Thursday while Tonyan practiced on a limited basis.

Thomas Working His Way Back

His social media moniker might be “Can’t Guard Mike” but at this rate, it might be worth considering a change to “Can’t Stay Healthy Mike.”

After missing all of last season, Thomas is questionable for the 2022 season opener. A hamstring issue resulted in Thomas practicing on a limited basis on Thursday.

Fellow receiver Tre’Quan Smith is also questionable for the Saints.

Is anybody Able To Block for the Jets?

The New York Jets already got bad news on the injury front when offensive tackle Mekhi Becton was injured in the preseason and placed on injured reserve. Veteran Duane Brown was signed to replace Becton. However, he is out for Sunday’s game against the Ravens.

Without second-year quarterback Zach Wilson for at least the first three games of the season, the Jets will be starting veteran Joe Flacco against the Ravens. Flacco wasn’t the most elusive quarterback earlier in his career when he was the starter in Baltimore, now dealing with questions on the offensive line could spell trouble.

What would an injured list be without J.J. Watt on there?

The three-time NFL Defensive Player of the Year has missed 42 games over the last six seasons and he is currently listed as questionable for Arizona’s season opener.

A calf injury has resulted in Watt missing practice time. He didn’t take part in Thursday’s practice. His status will certainly be worth keeping an eye on for those who bet online.

Some of the prominent rookies might either be limited or not play in Week 1.

Atlanta’s Drake London, the first receiver selected in the 2022 NFL Draft, was limited at the Falcons’ practice on Thursday due to a knee injury.

New York Giants defensive end Kayvon Thibodeaux (knee) has been limited in practice this week and there is a thought that might have to wait a bit to make his regular-season debut.

Velus Jones is one of the players expected to help second-year starting quarterback Justin Fields make strides with the Chicago Bears. However, the receiver did not practice on Thursday due to a hamstring issue.