Cardinals to Overpower the Cowboys 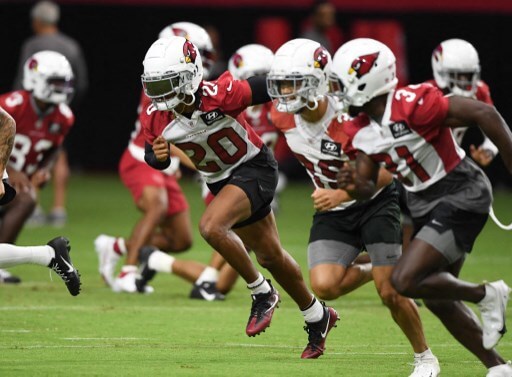 The Arizona Cardinals kick off their NFL preseason schedule by playing host to the Dallas Cowboys.

The Cowboys left many of their key players back at training camp for their 16-3 loss to the Pittsburgh Steelers in the Hall of Fame Game and it wasn’t a surprise Dallas had offensive woes. Cowboys QB Dak Prescott is still nursing a shoulder injury that threatens to keep him out for the preseason.

Neither squad qualified for the postseason last year but both have playoff aspirations in 2021. Arizona finished .500 last season and returns a great core group, while the Cowboys are the favorites to win the NFC East.

Cowboys to Be Careful with Dak Prescott

While Dallas seems to be confident about Prescott will be ready for Week 1, it seems unlikely the Cowboys will have the QB play in the preseason. Three QBs received snaps vs the Steelers and second-stringer Garrett Gilbert was the most impressive. Expect Gilbert and the duo of Ben DiNucci and Cooper Rush to all get snap.

Ezekiel Elliott was another Cowboy who sat the preseason opener. In his absence, Rico Dowdle got eight carries and turned them into 43 yards. With joint practices with the Rams on the cards, head coach Mike McCarthy chose to rest the vast majority of his starters and the Cowboys suffered.

First-round rookie LB Micah Parsons recovered a fumble and looked active. The defense performed reasonably well. Expect Dallas to give its rookies and backups extended run once again vs the Cardinals.

Cardinals to Come Out Firing

Head coach Kliff Kingsbury has confirmed that Kyler Murray will play vs the Cowboys. He also mentioned that other starters would see the field. Don’t expect a full game, or half, from Murray but having him and the starting offensive play certainly boosts the Cardinals’ chances of winning.

Under defensive coordinator Vance Joseph, the Cardinals like to blitz a ton. Arizona had one of the highest blitz rates in the league in 2020, so expect the Cardinals to put pressure on the relatively untested Cowboys QBs. LB Zaven Collins was the Cardinals first-round draft selection in 2021 and he’ll get a chance to impress.

Collins and 2020 eighth overall pick, Isaiah Simmons should form the linebacker duo of the future for Arizona. Second-round WR Rondale Moore is fighting for playing time in a receiving corps that includes DeAndre Hopkins, A.J. Green, and Christian Kirk. Moore’s best chance to establish himself as a serious option is in the next three games.

NFL odds list the Cardinals as 1½ point favorites. At the least we know that Arizona will give Murray and its starters a little bit of burn. There’s a good chance we see a bunch of Cowboys starters out again.

Dallas’ offense struggled against Pittsburgh and could be in for another rough game. So, bet on the Cardinals to cover the spread in their preseason opener.