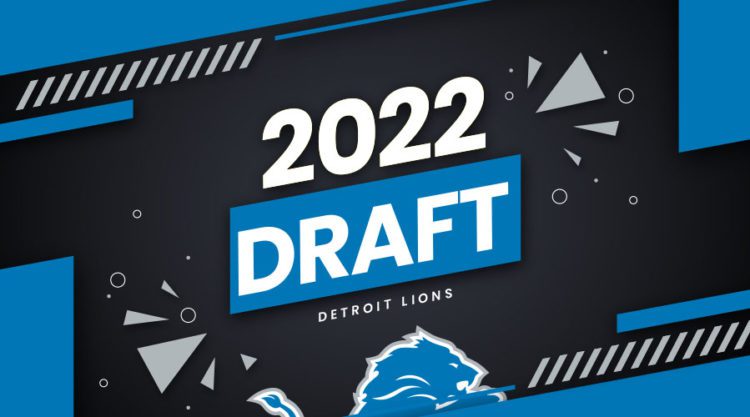 Other than Detroit Lions’ coach Dan Campbell‘s comments about biting opponent’s knee caps, there isn’t likely much to remember about the 2021 season. Detroit was able to put some things together in the second half of the season, scratching out a few wins to finish 3-13-1.

Many feared the Lions might become the first team to go 0-17 after their 0-8 start.

Detroit will have a chance to overhaul its defense after struggled at most positions last season. In a draft that’s considered weak for quarterbacks, the Lions are fortunate to have veteran Jared Goff. Goff isn’t spectacular, but he’s capable compiling good numbers.

Despite limited by injuries last year, Goff threw for 3,245 yards and 19 touchdowns with eight interceptions. His record as a starter was 3-10-1. Detroit needs to add players who can contribute right away to get the team headed in the right direction.

The Lions, as of late February, had north of $20 million in available cap space. Detroit hasn’t had a winning season since 2017, and last made the playoffs in 2016 under Jim Caldwell.

Detroit has 34 players that are free agents.

Linebacker Charles Harris is an unrestricted free agent, coming off a season with a career- and team-high 7½ sacks. Harris, a former first-round pick of the Miami Dolphins, only had 6½ sacks during his first four seasons in the league.

Safety Tracy Walker led the team with over 100 tackles in ’21, plus defending six passes. He has voiced an interest in returning to Detroit, but has yet to re-sign.

There is also a possibility Detroit may cut players to clear more cap space. Linebacker Trey Flowers, offensive guard Halapoulivaati Vaitai and running back Jamaal Williams are candidates to get their walking papers..

Positions Needed by the Detroit Lions

There isn’t a whole lot the Lions defense did right last season. Detroit allowing 27½ points and 379.8 yards per game, ranked 31st and 29th, respectively, in the league. The Lions need help on the defensive line, at linebacker and in the secondary.

Besides Harris, linebacker Julian Okwara  was the only other player to record as many as five sacks. The Lions only had three players-Harris, Okwara and Austin Bryant-who recorded five or more tackles for loss.

Detroit will also need to find another ballhawk in the secondary. Cornerback Amani Oruwariye led the team, grabbing six of its 11 interceptions. Walker, A.J. Parker, and C.J. Moore were the only other defensive backs to pick off passes.

Is there to find a quarterback to understudy Goff? Last season’s roster included Tim Boyle and David Blough, the former with three touchdowns and six interceptions in some late-season action, Detroit may be smart to draft and develop a quarterback in the later rounds.

While Goff may not be the guy to lead Detroit to the Super Bowl (no one has…ever), the Lions do need to find some playmakers around him. Amon-Ra St. Brown led the team with 912 yards on 90 catches, but Detroit lacked any other explosiveness.

Detroit, as of now, has nine draft selections, including two in the first round that could help the team right away. Depending on what the Jaguars do at No. 1, the Lions will have a good chance to grab one an elite pass rusher.

Detroit may be quite content going local, with 6-foot-6 inch Michigan defensive end Aidan Hutchinson at the second overall pick.

Hutchinson’s final season with the Wolverines was dominant, as in 14 sacks to help Michigan reach the College Football Playoff for the first time. While less important than his production, Hutchinson is also an in-state native.

With the No. 27 pick, Detroit might take another dynamic linebacker who makes plays behind the line of scrimmage in Utah’s 6-foot-3 Devin Lloyd.

Lloyd recorded 43 tackles for loss during his career with the Utes, ranking fourth in program history. For a Lions’ defense that hardly made any tackles for loss, Lloyd could provide a shot in the arm.

With the second pick in the second round, at No. 34, Detroit will likely be looking for a wide receiver.

Ohio State’s Chris Olave is a 6-foot-1 target who compiled big numbers for the Buckeyes. Olive hauled in 65 passes during his senior season (936 yards and 13 touchdowns), including five 100-yard receiving games.

In the third round, perhaps cornerback Kyler Gordon of Washington. Gordon intercepted two passes last season, but also made plays behind the line of scrimmage. He recorded two tackles for loss.

In the later rounds, Detroit will likely look to add more depth on the defensive line and in the secondary. The Lions also may try to find another wide receiver or a pass-catching tight end to help open the field for Goff. Check Detroit Lions NFL Draft odds and NFL Odds.