The Arizona Cardinals have been gearing up for a push toward the top of the NFL since taking Kyler Murray with the No. 1 overall pick in 2019. Trading for players like wide receiver DeAndre Hopkins shows us that the Cardinals think their window of opportunity is now with a quarterback on a rookie deal.

The Cardinals are in one of the toughest divisions in the league. So reaching the playoffs will not be super easy, just as we saw last season. The Cardinals were not a team anyone looked forward to playing last season, but they still finished just 8-8 and outside of the playoff picture. This will likely be another year of a similar struggle and the question is whether they can get over the hump and make a run in the playoffs

If you are new to online sports betting, check out our NFL Odds page.

The Cardinals have a favorable schedule outside of their own division. They have matchups with the NFC North and the AFC South, two divisions that are not quite oozing with Super Bowl favorites. The division matchups against the Los Angeles Rams, Seattle Seahawks and San Francisco 49ers are just going to be tough, particularly with the trajectory of those teams and their will to win now. 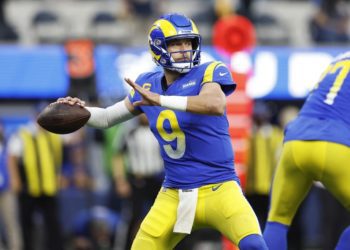 The Cardinals head into this season with a chip on their shoulder and a QB looking to show improvements within the offense. This is a team that was widely renowned as a modern offense, but the scheme under coach Kliff Kingsbury hasn’t really grown as much as I’d like. Some people have been calling the Air Raid offense that Kingsbury runs the “horizontal raid.” While Kingsbury promises to expand his playbook, I think that it’s possible that we see these issues continue with Murray at the helm. That being said, this offense is more than capable of winning games this year.

The defense will need to take another step, just like the offense, for this team to get over the hump. This unit was a bit inconsistent, but overall is that of a playoff-caliber team

The Arizona Cardinals selected Kyler Murray with the first overall pick in the 2019 NFL Draft, and he was instantly handed the starting quarterback position. Murray is undoubtedly the most important player on this team and that is no surprise as the starting QB. However, I think there is more than just the surface with Murray, who was a very interesting prospect with one sizable question mark: Is he too small? In recent years, the NFL has gotten over a lot of the size qualifications and just relied on the best talents, but Murray does have one issue related to his size. He is much better throwing outside of the numbers than he is throwing over the middle. Is this something that he can learn to be comfortable with at his size or is this something that will always keep the offense a bit behind other NFL playoff teams? I think that this is the year for us to find that out as the numbers in 2020 were very telling and something that both Murray and the coaching staff should be aware of heading into the season

Hopkins was acquired in one of the most team-friendly deals we will see in the NFL and the Cardinals couldn’t be happier with his Year One performance. Hopkins posted over 1,400 yards and six touchdowns, a number that could even increase given the right circumstances. Now they get rid of Larry Fitzgerald and bring in young Rondale Moore to add a different spark to the offense, one that should only increase Hopkins’ quality of touches. He is a top-five receiver in the NFL and someone Murray can lean on to get open on any play.

Watt is a newly acquired player for the Cardinals and one that their season could hinge upon. Although aging and dealing with plenty of injuries throughout his career, Watt is more than capable of having a Pro Bowl-level season if he can stay healthy and  this would do wonders for Arizona’s defense. Watt won’t be asked to be the superstar player on the roster, but will be a big boost if he can be productive in year one with the club.

The Cardinals have added talent on both sides of the ball and should be getting clear roster upgrades from last season when we look at who they added and who they lost. They brought in aging superstars in Watt and wide receiver A.J. Green. We’d expect Watt to be the more productive of the two, but it’s possible that Green surprises us and becomes a legitimate threat in the passing game. They also signed corner Malcolm Butler and running back James Conner to one-year deals.

The draft was kind to the Cardinals, with their ideal target falling to them at pick 20 in Zaven Collins and then getting to snag ultra-talented WR Rondale Moore in the second. I think this was a great draft at the top of the board by the Cardinals and should have provided them with two rookie starters.

The Cardinals lost offensive skill pieces in running back Kenyan Drake and Larry Fitzgerald, but those are two guys I’m not concerned about losing. This team should have a lot of continuity heading into this season, which is always a good thing

The NFC West is one of the best divisions in the NFL with constant parity and four teams that expect to make the playoffs. Seattle has been the most consistent team over the last decade, but it could be the team that looks most likely to fail based on the additions that the other teams made. The 49ers went and made aggressive moves in the offseason and through the draft, meaning that they believe their window is opening up again to make a run at being a premier team. The Rams sent a bunch of picks along with their starting QB to upgrade at that position with Matthew Stafford, meaning they must think that Stafford is a major improvement at the most crucial position.

This division is brutal and one I will be looking forward to watching all year long.

The Cardinals’ offense was a bit inconsistent last season, but they finished middle of the pack at 14th in scoring offense. They also were much better at home, scoring five points more in the controlled environment than they were on the road. This is something they’d like to improve as this is not necessary for a team that should play most games in solid conditions.

The additions of Conner, Green and Moore make me optimistic that the Cardinals will make a leap due to their overall offensive talent and diversity. We expect Chase Edmonds to be the starter in the backfield with Conner being the change-of-pace and Hopkins will remain the centerpiece of an explosive offense. I’d look for this team to be a top-10 offense in the NFL if all things go according to plan.

While the general public sees the Cardinals as an offensive football team, the defense actually ranked better last season. I don’t expect this to be the case this season with the in-division offensive upgrades, but I do expect this unit to emerge as a top half of the league defense once again.

Check out some of BetUS Sportsbook’s NFL futures odds here

What is the Arizona Cardinals' all-time record?

Who owns the Arizona Cardinals?

How many Super Bowls have the Arizona Cardinals won?

Who is the quarterback for the Arizona Cardinals?