Atlanta has been down for a handful of seasons. Last year, the Falcons showed improvement finishing 7-10. The franchise had few expectations, some expected Atlanta to tank for a QB in the 2022 NFL Draft. The Falcons had a weak schedule with wins coming against the Giants, Jets, Dolphins, Saints, Jaguars, Panthers and Lions. Against playoff teams, Atlanta was thoroughly beaten on several occasions, like losing 43-3 against the Cowboys.

The Falcons ranked 26th in points per game (18.4 points) and 29th in opponent points per game (27 points). The offense had some bright spots, like rookie Kyle Pitts recording 1,026 receiving yards. The defense was easily one of the NFL’s worst allowing 364.4 yards per game (25th).

The 2021 season was a success considering the poor expectations. Multiple young players come off outstanding seasons and look to be the franchise’s new leaders. Atlanta has potential on offense, but the defense is quite concerning with few positives.

The Falcons’ major offseason additions come from the draft. Atlanta used the eighth overall pick on 6-foot-4 wideout Drake London. He has immense potential as a possession WR, but lacks elite route-running at this point. Going forward, London will be a nice fit alongside Pitts.

In the second round, the Falcons focused on defense selecting edge-rusher Arnold Ebiketie and linebacker Troy Anderson. Ebiketie comes off an All-Conference season with 9.5 sacks while Anderson was one of the nation’s most underrated backers at Montana State. Atlanta got terrific value with its third-round selection, acquiring QB Desmond Ridder.

Matt Ryan was shipped to the Indianapolis Colts in exchange for a 2022 third-rounder. Atlanta has an interesting QB situation with Mariota and rookie Ridder; either will be a downgrade. The Falcons’ lead receiver Calvin Riley will also miss the entire 2022 season after being suspended for sports betting.

Wideout Russell Gage signed with the Buccaneers on a three-year, $30 million deal. Tight end Hayden Hurst joined the Bengals on a year one-year “prove it” deal. Baltimore signed veteran running back Mike Davis — who rushed for over 500 yards last season. The Falcons’ offense will look a lot different after new additions and departures.

On defense, defensive end Dante Fowler Jr. agreed to a one-year, $3 million contract with Dallas. In addition, CB Fabian Moreau left for the Texans, but the newly-signed Hayward is surely an upgrade. Jones will have more pressure at linebacker with Foyesade Oluokun leaving for Jacksonville.

Atlanta hired Smith hoping he was the NFL’s next offensive genius. He led one of the league’s most dominant rushing attacks as Offensive Coordinator with Tennessee. The Falcons found more success through the air ranking 16th in passing yards per game (218.4 yards).

Smith has built a reputation for coordinating excellent run games. However, Atlanta did not have that last season. Cordarrelle Patterson had success in his first year at halfback with a career-high 1,166 yards from scrimmage, but only 618 yards came on the ground. The Falcons ranked 31st in rushing yards per game (85.4 yards). Atlanta’s passing game will likely decline with Mariota starting, putting more stress on the rushing attack. The Falcons must run the ball more effectively.

The defense must improve as well. However, expectations must be realistic since Atlanta is severely lacking talent in the unit. Can the Atlanta Falcons improve on a 7-10 finish? Or will they take a step backward as a new era...
Read More The Atlanta Falcons have undergone a lot of significant changes, more than most teams in the NFL this past offseason....
Read More It wasn't that long ago when Matt Ryan was connecting with Julio Jones and Calvin Ridley to help the Atlanta...
Read More The Atlanta Falcons have officially gone into a full-on rebuild. Last season, the rebuild didn't begin, but they took their...
Read More If you want to talk about the first true mismatch of the season, then you have come to the right...
Read More The NFL season provides lots of excitement for football fans from September through early February. However, what happens when the...
Read More The NFL has suspended Atlanta Falcons wide receiver Calvin Ridley indefinitely after finding out he bet on games. He will...
Read More 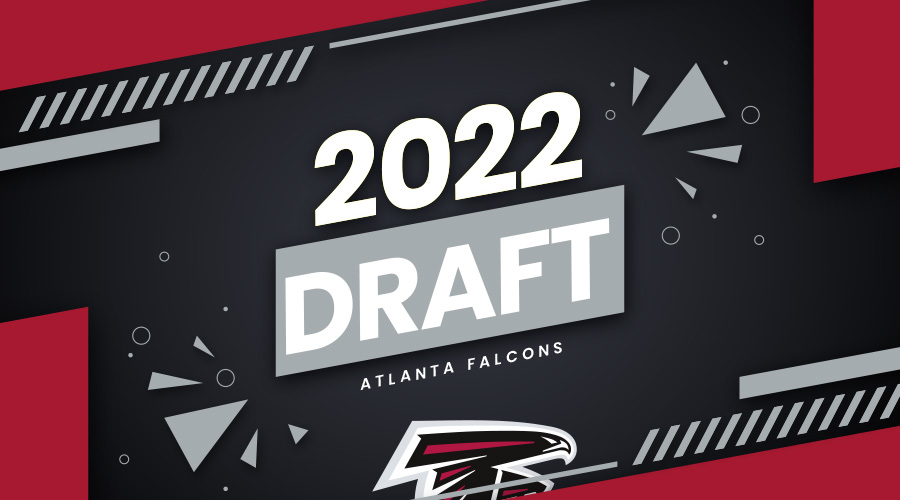 After 18 weeks of regular season football and three more of the playoffs, the Super Bowl is finally here, with...
Read More Did anyone say playoffs?! That’s right, we are entering arguably the most exciting final week of the NFL season as...
Read More There are plenty of convoluted playoff scenarios heading into Week 18 but that certainly is not the case with the...
Read More As the Dallas Cowboys proved last week, you do not need the other team to score a lot of points...
Read More NFL Week 16 Upset of the Week

With three weeks left in the 2021 NFL season, it’s pretty clear what teams are at this point. The really...
Read More Don’t look now, but the Detroit Lions have a pulse. Flush off a stunning upset over the then NFC-leading Arizona...
Read More There are only three weeks left in the NFL season — after the postponement-filled Week 15 slate of games wraps...
Read More

Atlanta Falcons Injured Players at the Beginning of the Season

All Falcons starters are healthy for Week 1. Ridley was the major starter to miss extended time in 2021. That absence continues after his full-year suspension.

Despite each injury, all players are expected to be ready for the season opener.

Atlanta needs a great rookie year from London with Ridley’s suspension. Edwards enters the season as the No. 1 wideout and has generated some hype as a potential breakout player. If London can quickly come along, the Falcons’ passing attack will be in a great position. Pitts is clearly the best target in the passing game; he is already one of the NFL’s best tight ends.

Regardless of London’s rookie success, the passing game will be less consistent as Mariota takes over as the starter. Ridder has an outside shot of eventually taking the starting job, but he’s still no Ryan. With that said, the run game must improve.

Patterson proved he can be a workhorse back as he quickly became a beloved fantasy football asset. Williams is also a solid second-string RB. The offensive line will determine Atlanta’s success on the ground. The unit is expected to be one of the NFL’s worst with little upside. Poor blocking could greatly limit the Falcons’ offensive potential.

There’s a decent chance Atlanta’s defense can improve. A.J. Terrell comes off a monster season as one of the NFL’s best cover corners. Plus, Hayward had a solid 2021 season. The Falcons have a good CB tandem, which should mean improved passing defense.

Also, linebacker Jones is a former Pro Bowler. When healthy, he is excellent as the defense’s signal caller. With a good year from Jones, the linebacker unit will be solid with Evans, Anderson, Carter and Ebiketie filling out the group.

The pass rush is a huge concern. In 2021, the Falcons barely generated pressure with only 18 sacks. This ranked last in the NFL. For comparison, the Eagles had the second-fewest sacks at 29. Carter and Ebiketie must have success off the edge. Grady Jarrett is by far the best player on Atlanta’s defensive line. Expect the Falcons’ pass rush to be one of the NFL’s worst, meaning another poor defensive season.

Punting will be a weakness. Bradley Pinion was acquired in free agency, but he comes off a season averaging 42.5 yards per punt. He was one of the NFL’s worst starting punters.

Atlanta’s special teams look good elsewhere. Younghoe Koo is a dependable kicker that converted over 93% of his attempts since 2020. At 27 years old, Koo figures to be an elite kicker in the league for years to come.

Patterson was a return specialist before moving to running back. He will still have kickoff return duties in 2022. Patterson was an All-Pro returner from 2019-20. In both seasons, he averaged over 29 yards per return.

Atlanta Falcons Prediction for the 2022 Season

The Falcons will struggle and finish last in the NFC South. Atlanta’s offensive inefficiencies could be brought to the center of attention with worse QB play, Yes, Matty Ice aged and declined, but he’s still a respectable starter. The Falcons will have a poor starter in Mariota or an inexperienced Ridder. No Ridley only makes the situation worse.

Atlanta has managed to form a good corner duo and solid linebacker unit, but the pass rush is historically bad. Having a good pass rush is probably the second-most important roster component behind QB play. The Falcons have neither.

Last year, most expected a tank season. Could this be the year Atlanta tanks for a franchise QB? The 2023 NFL Draft will have plenty of QB talent with Bryce Young and C.J. Stroud atop the class.

Starting Mariota — who has already proven he is not a quality starter — feels like the first step towards tanking. Plus, no real strides were made in improving the offensive line. Pitts, London and Edwards could be underutilized for most of the season.

Going forward, the Falcons have quality skill players. Seeing improvement on defense could be this season’s biggest key. A healthy Jones, improved pass rush and a standout year from Terrell give hope. Atlanta would have a bright future if it finds a high-quality QB.

The Falcons had a favorable 2021 schedule. This season’s schedule looks far more challenging. The NFC South will be improved with better play from the Saints and Panthers. In addition, other opponents include the Rams, Browns, Bengals, 49ers, Chargers, Ravens and Cardinals. There’s a good chance Atlanta finishes with a handful of victories, yielding a top 5 draft pick.

1. How big of a lead did Atlanta blow in Super Bowl LI?

With 8:31 remaining in the third quarter, the Falcons took a 28-3 lead over the Patriots. Tom Brady was struggling to move the ball as Atlanta racked up points. The Falcons entered the fourth up 28-9. Then, New England got the ball rolling, cutting the lead to 28-20 with 5:56 left. With 57 seconds remaining, the Patriots tied the game at 28. New England pulled off the amazing comeback in overtime, winning 34-28.

2. Have the Falcons won the Super Bowl?

Atlanta has little success for a franchise that started in 1965. The Falcons have not won a Super Bowl and appeared in only two. They lost to the Broncos (34-19) in Super Bowl XXXIII. In Super Bowl LI, the Falcons had an all-time collapse vs. the Patriots, losing 34-28.

3. Will rookie Desmond Ridder start for the Falcons?

Entering the season, Mariota is in a position to start. However, Ridder has drawn praise. If Mariota struggles, expect Ridder to eventually start as the season progresses. The Falcons will want to test Ridder to see if he could be a franchise QB.

4. Who is Atlanta’s best player?

The Falcons have two bright stars in Pitts and Terrell. Pitts looks like the franchise’s best player. He has already become one of the NFL’s best tight ends after one season. Lofty expectations are set for Pitts, but they all seem achievable.