New Orleans opened the 2021 season with a 38-3 win over the Packers. It seemed the Saints would find success in Drew Brees’ first year of retirement. As the season progressed, the offense stumbled. Quarterback Jameis Winston showed promise with 14 touchdowns and three interceptions but his season ended with a torn ACL in Week 7. Trevor Siemian started in four November games, the Saints went 0-4. Then, Taysom Hill took the starting job and averaged 203.8 passing yards per game.

The Saints revamped their safety room with three signings. Tyrann Mathieu agreed to a three-year, $28.3 million contract. Marcus Maye — who is one of the NFL’s most underrated safeties — penned a three-year, $22.5 million deal. Daniel Sorensen joined on a one-year “prove-it” deal, adding depth to the secondary.

Coming off a career-low 570 receiving yards, Jarvis Landry joined the Saints on a one-year, $3 million contract. New Orleans used the 11th pick in the draft on wideout Chris Olave. The rookie WR will add a vertical threat to the passing game. With the 19th pick, the Saints drafted tackle Trevor Penning out of Northern Iowa. Penning looks to be the long-term solution at left tackle.

Instead of overlooking a thin QB room, the Saints added depth with the signing of Andy Dalton. Since leaving Cincinnati, Dalton has become a serviceable backup. In 2020, he filled in for Dallas after Dak Prescott’s devastating ankle injury.

Furthermore, left tackle Terron Armstead agreed to a five-year, $75 million contract with the Dolphins. As mentioned, the Saints used a first-rounder on the promising prospect Penning. Armstead is 30, making the long-term contract questionable. Ultimately, New Orleans elected to use that money on Ramczyk’s five-year, $96 million extension in the 2021 offseason.

The Saints let linebacker Kwon Alexander walk. The 2017 Pro Bowler has not played in more than 12 games in a season since 2016. Alexander is an unsigned free agent.

This is not Allen’s first head job. From 2012-14, he led the Raiders to an 8-28 record. Allen has been an excellent Defensive Coordinator for years, but will he be more than that? The 2022 season will be a good test as New Orleans tries to retool its offense.

Inexperienced coaches’ biggest challenge is leading in areas they’re unfamiliar with. Defense is Allen’s specialty, but how will he manage the offense? Fortunately, Pete Carmichael returned for his 14th season as Offensive Coordinator. 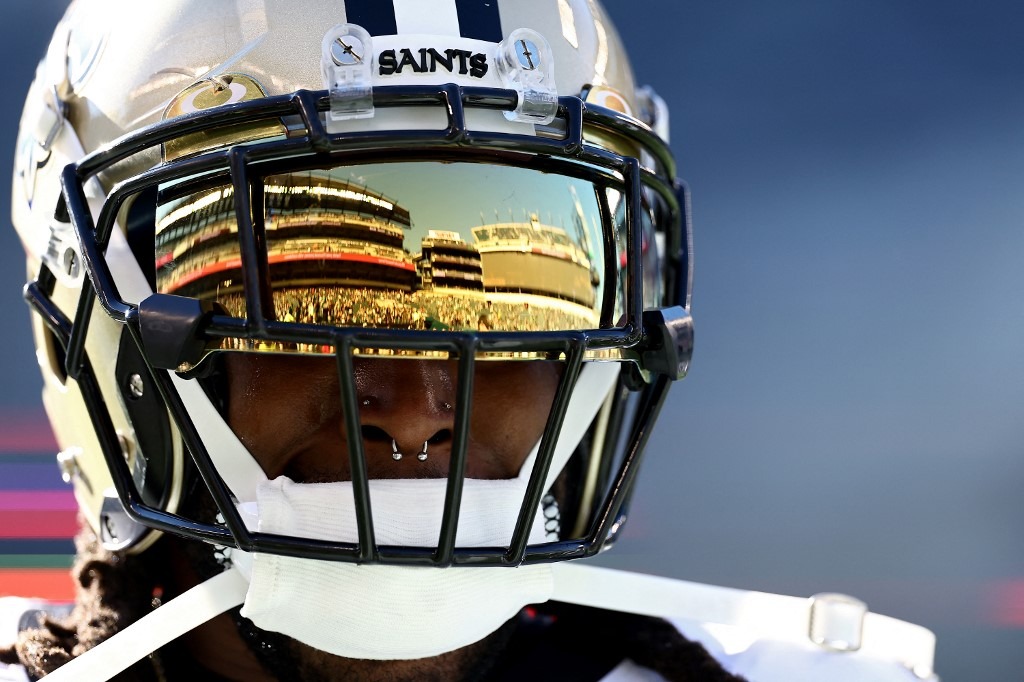 The New Orleans Saints failed to meet playoff expectations in the 2022 season with a 7-10 record. The defense emerged...
Read More End of the Road For Dalton? What a difference a week can make. Just a week ago, both the Carolina...
Read More The Philadelphia Eagles lost to the Dallas Cowboys this past weekend, but they still have the best record in the...
Read More We often hear about Christmas miracles during the holidays. The New Orleans Saints (5-9) and Cleveland Browns (6-8) would need...
Read More The Atlanta Falcons are 5-8, while the New Orleans Saints are 4-9. Both teams are completely out of contention for...
Read More With 13 games having been played by each team, there’s a good idea which NFL head coaches are secure, and...
Read More Division rivals square off once again, with the New Orleans Saints traveling to take on the Tampa Bay Buccaneers Monday...
Read More Buccaneers Await NFC South Rival The Tampa Bay Buccaneers are 5-6, but they lead the NFC South and are in...
Read More The San Francisco 49ers have a shot at winning four straight as they play host to the New Orleans Saints...
Read More

New Orleans Saints Injured Players at the Beginning of the Season

New Orleans had its fair share of injuries in 2021. Some of those could carry into the new season. Winston is making progress coming off his knee injury. Also, Thomas finally looks close to returning. However, neither is guaranteed to be ready for Week 1. The Saints are optimistic both will be ready. Keep an eye on Winston and Thomas’ recoveries. Kamara could be suspended a handful of games after being charged with battery in Las Vegas.

In addition, defensive end Marcus Davenport had a portion of his left pinkie amputated this offseason. The injury goes back to his college days with UTSA. Last year, Davenport was absent from six games with various injuries. This is another injury to keep tabs on.

Getting healthy is the offense’s biggest priority. Ramczyk is good to go, but Kamara could be dealt a suspension. Winston and Thomas are still progressing. Both players must be healthy this season. Before injuries, Thomas was a top 5 WR in the NFL. New Orleans would have a good wideout group with a healthy Thomas. Olave fills the deep threat role while Landry is a good slot option. Plus, Tre’Quan Smith and Marquez Callaway add great depth.

The Saints have no chance at the playoffs without Winston. Dalton has become a bottom-tier QB and Hill’s passing is unreliable. Winston has proven his decision-making has come a long way. With the Buccaneers, Winston had 30 interceptions in 2019. No team can have success with that many turnovers. Learning behind Brees did wonders, as Winston had a 14 touchdown to three interception ratio last season.

New Orleans will not be an elite offense, but if healthy, the unit can be solid. The Saints will lean on stingy defense while looking to consistently win the time of possession and turnover battles.

Good luck finding a hole in the 2022 Saints defense. Lattimore is a lockdown CB, Mathieu and Maye are reliable safeties, Davis is a playmaking linebacker as he guides young linebackers Pete Werner and Zack Baun and Jordan is one of the NFL’s best defensive linemen.

Last season, the defense touted elite numbers in nearly every category. For instance, New Orleans ranked fifth in allowed yards per play (5.1), fourth in allowed rushing yards per game (93.5) and 10th in takeaways per game (1.5). The unit could be even better with a healthy Davenport and an improved safety group.

The No. 2 corner Paulson Adebo looks like the biggest weakness. However, if the pass rush produces at a high level, the secondary will see fewer challenges. Davenport and Maye’s return from an Achilles will be X-factors.

Punter Blake Gillikin had a terrific rookie year, averaging 47.7 yards per punt. This ranked seventh in the NFL. Gillikin could establish himself as one of the NFL’s elite with another impressive season.

Deonte Harty, formerly Deonte Harris, enters his fourth season as a return specialist. In 2019, Harty made All-Pro after averaging 9.4 yards per punt return and 26.8 yards per kickoff return. He has remained one of the NFL’s best return specialists.

New Orleans could have issues at kicker. Wil Lutz converted over 88% of field goals from 2018-19. He had a dip in production in 2020, making 82.1% of kicks. Lutz missed the entire 2021 season with a groin injury. Many kickers’ careers fall off the rails due to injury. Lutz could trip out of the gate.

The Saints will fight for a wild-card playoff spot. The Buccaneers are nearly a lock to win the NFC South with Tom Brady’s return. Staying healthy will be New Orleans’ major worry. With a healthy Winston and Thomas, the Saints will make noise in the NFC.

Thanks to an elite defense, New Orleans does not need outstanding offensive production. If Winston can take care of the ball, the Saints should have enough scoring output, especially with good seasons from Kamara and Thomas. A good year from Olave would add an explosive element to the passing attack.

A deep playoff run is unrealistic with a limited offense. But making the playoffs is well within the Saints’ ability in a weak NFC.

New Orleans cannot slip this season with a tough schedule on hand. The Bengals, Raiders, Ravens, Rams, 49ers and Eagles are opponents outside of the NFC South. Overall, there’s not much room for error.

An underachieving defense would likely keep the Saints out of the playoffs. Winston must take care of the ball. There are no comprises in these areas. New Orleans needs an elite defense paired with few turnovers, which are by-products of lacking an explosive offense.

Thomas, Kamara and Winston are talented players, but what are the odds each player will perform at their peak? It would create an impressive offense, but it’s unlikely. Making the playoffs would be a success for the 2022 Saints.

What is the Saints logo?

The Saints’ logo is the French word fleur-de-lis. This translates to lily or flower and pays homage to New Orleans’ French founders.

How did the Saints’ “Who Dat?” chant start?

“Who dat?” can be traced back to New Orleans’ early history in the 1800s. Eventually, this phrase was used by jazz performers throughout the 1920s & 30s. In 1983, a local high school band’s who dat chant was put on video by a television station. On Sunday, the chant was heard throughout the Superdome at a Saints game.

No, Sean Payton elected to retire after the 2021 season. Payton was the Head Coach of the Saints for 15 years. During that time, he was one of the NFL’s brightest minds leading New Orleans to its first Super Bowl win in the 2009 season. Many expect Payton to eventually come back to coaching.

Will the Saints make the playoffs?

This will depend on the Saints’ health. If healthy, New Orleans is fully capable. The defense is in store for a huge year while the offense needs to be healthy.