Devils and Coyotes Duel In The Desert 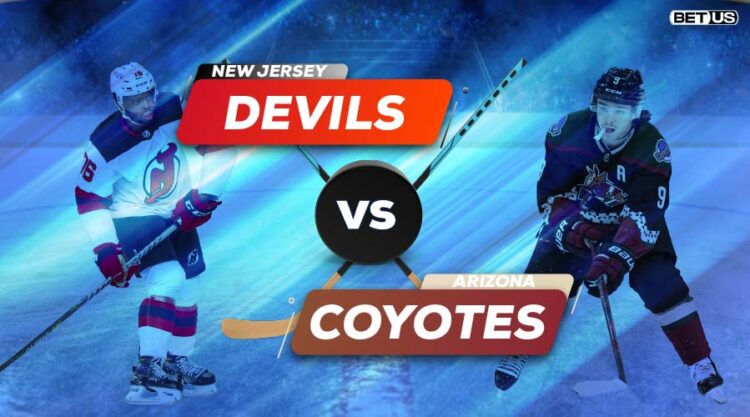 Struggling Teams Get Together in Glendale

The New Jersey Devils and Arizona Coyotes face off in Arizona Tuesday night. Both teams reside at the bottom of their respective divisions.

New Jersey comes in with 56 points, last in the Metropolitan Division, though it began this five-game road trip with a surprising 3-1 win at Dallas Saturday afternoon

Arizona, with a league-worst 49 points, owns the basement in the Central Division. Neither team has to worry about the playoffs.

The Devils are the sportsbook favorite in this contest, sitting at -150 at NHL odds.

There’s No “D” in Devils

New Jersey’s defense has been horrific this season, allowing a total of 265 goals in 72 games. That’s nearly 3.7 goals per game, and that won’t do.

New Jersey, offensively, is led by forward Jesper Bratt, who has recorded 67 points (23 goals, 44 assists) in 67 games. Even without the injured Jack Hughes, New Jersey’s offense has been decent.

Arizona has struggled virtually the entire season, its latest skid at three games entering Tuesday night. The Coyotes are 2-9-1 in their last dozen games as they play out their residence at Gila River Arena,

Arizona’s defense has also been only marginally better than that of New Jersey, yielding about 3.6 goals per game.

The two teams played once previously this year, at Newark in January. The Coyotes won the game, 4-1, though outshot, 36-17.

At -150 odds, the New Jersey Devils are the pick in this game. Now, we do understand the Devils previously lost to the Coyotes earlier in the season at home, but a lot can change in a few months.

The Coyotes are playing some of their worst hockey of the season. After a lopsided loss to the Golden Knights 6-1, we don’t see them having much momentum. They’ve lost their previous three games by a combined 16-3 score.

If you’re going to bet online, the Devils’ moneyline at -150 is definitely the way to go.