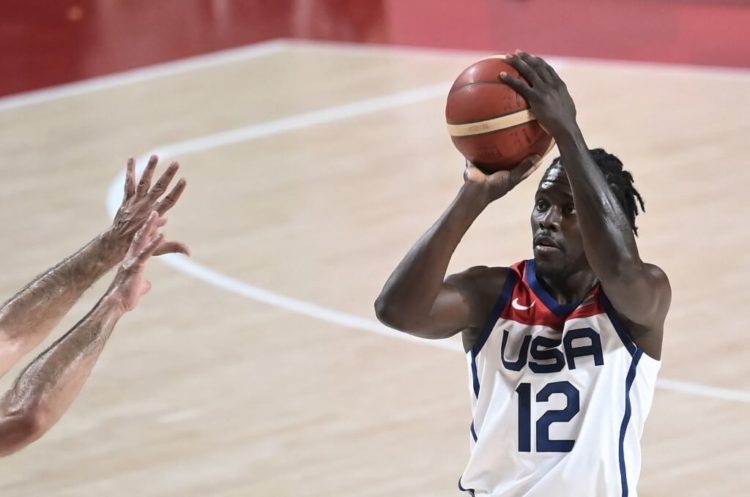 After an inconspicuous start to their 2020 Tokyo Olympic Games campaign, the USA men’s basketball team is now seeking some traction.

They suffered a shock and embarrassing loss to France in the opening game, but rebounded with a comfortable victory against Iran. A closer game is expected against the Czech Republic, with enormous ramifications for finals qualification.

Online betting markets have 23½ points between them, but expect that line to move considerably nearing tip off on Saturday.

The 83-76 loss to France in the opening game was a shock to Team USA, who were expected to score an effortless win. However, such is the nature of team basketball.

In a league where individual play is rewarded (NBA), it doesn’t always translate to the best team. The United States have found that out over the last month, which has resulted in losses to France, Nigeria and Australia.

The latter two games were only exhibition contests, but they showed the fragile nature of this team that is lacking a leader. Damian Lillard stepped up in the 120-66 win over Iran, but the level of opposition wasn’t there and he top scored for the Americans with only 21 points, which would be considered a moderate game in the NBA.

“After that loss [to France], we came together,” Lillard told The Washington Post. “There was a lot of communication between then and now. It was like, ‘All right, it’s time to start looking like Team USA.’”

I had to fly to Paris to get my thoughts off on Men’s USA Basketball losing to France.

However, Team USA has been playing restricted minutes for their star players, so we are being harsh, but they can’t slip up on the way to the finals against teams like the Czech Republic.

Playing on cruise control isn’t ideal preparation for knockout games later in the tournament. Team USA is the dominant force in men’s basketball, but the rest of the world is catching up and it should make for an excellent Olympic Games.

One player who is stepping up is recent NBA champion Jrue Holiday, who had 18 points, seven boards and four assists in the loss to France.

“[Holiday is] in great shape for obvious reasons,” coach Gregg Popovich said. “He’s a very tough-minded, physical player. He’s someone who is a quiet leader. Having him on the court gives us confidence and aggressiveness. He makes good decisions on top of all that. It’s pretty obvious to anyone who saw the group that he should be on the court to start the games.”

Olympic Games odds have Team USA as 23½-point chalk, which is a favorable line given the results so far. They defeated Iran by 54 points and Czech Republic beat Iran by only six points. They also lost to France by 20 points, so the game is in favor of Team USA.

Is Czech Republic a Threat?

The blunt answer is no — we don’t think the Czech Republic is a threat of beating Team USA.

It’s based on previous Olympic results, which are well and truly in favor of the Americans. Czech Republic, led by Jan Vesely, is 1-1 but the margin of victory and defeat is the primary concern.

It lost to France 97-77 in a disappointing effort on Wednesday and a similar effort against Team USA could result in a one-sided game.

A brave Iran nearly erased a 21-point deficit, coming as close as 4 late in the fourth, but Czech Republic prevail to open their Olympic account! 🇨🇿

Basketball is up and running at #Tokyo2020! 🏀 pic.twitter.com/pAVMFFn2Um

Even the win against Iran came by a small margin, so there is a distinct class edge to the United States and this game could get out of hand early.

We are surprised there is only 23½ points the difference in Olympic basketball betting markets. (Though that number opened a bit shorter.) On paper, Team USA has a 40+ point advantage and we expect the line to move over the next few days.

It would take a mammoth effort from Czech Republic to keep it close. It would require a lot of three-point shots to drop, but as the tournament progresses, Team USA will look to turn the screws that much tighter.

We don’t want to rule out the Czech Republic measuring up and playing well, but United States at -23½ is the logical and best play.

Despite playing poorly against France, Team USA turned up against Iran and we expect a similar scoreline against Czech Republic. Getting open shots wasn’t difficult and we expect the opposition to get tired of guarding the faster players in the second half.

We’d guess this line could move to as high as 26 points. It opened as low as 22 and since climbed to 23½ — so grab that number and run.