The biggest game of the year goes off Saturday as the Melbourne Storm and Penrith Panthers battle at Suncorp Stadium.

A replay of the 2020 NRL Grand Final and a possible early look at this season’s Grand Final, Storm vs Panthers is set to excite the most casual rugby league fans.

Online sports betting markets have the Storm as significant favorites to beat the injury-ravaged Panthers, so the question is whether Penrith can stick with the defending champions.

As if the Melbourne Storm needed to get any stronger, they announced the return of Cameron Munster, Felise Kaufusi, and Dale Finucane after their State of Origin assignments.

They add to an already devastating roster, which includes Josh Addo-Carr, Jahrome Hughes, and Brandon Smith. The speed on display at Melbourne separates it from the rest of the competition, and despite being below average last week, we expect a bounce back.

The Storm scored only a four-point win against the North Queensland Cowboys, but it extended their win streak to five straight wins. It’s an incredible effort for a team that has firmed considerably in NRL betting markets.

The Melbourne Storm have the chance to pass the greatest points difference ever in a season. 💯⚡️

The last time Melbourne lost was to the Penrith Panthers in Round Three, which makes the return contest even more intriguing. Penrith had a fully fit team on that occasion, so the result is expected to be different this time around.

Good news for the Storm this week came in the contract extension for Craig Bellamy. The champion coach turned down offers from Brisbane and Cronulla.

“The decision took a long time for varying reasons but having that flexibility is something I am really happy with, depending on what happens in footy and in my private life as well,” Bellamy told NRL.com.

“In the end when I decided to stay with Melbourne, the main reason to go on as head coach was because it is so late in the season and it would have been hard for the Storm.”

It’s fantastic news for the Storm and bettors could see a more focused performance against the Panthers. They were a little relaxed last week, but prior to that, they scored a 48-4 win against Newcastle, so the talent is there.

Bettors are getting no value in moneyline markets at -1000. There will be much more interest in the point spread markets where the Storm are -18½ elects.

Losing players throughout the season is never something a team wants. For the Panthers, losing captain and chief playmaker Nathan Cleary has had a big impact.

News hasn’t improved this week with the likes of inspirational winger Brian To’o, Isaiah Yeo, James Fisher-Harris, and Tyrone May all sitting on the sidelines. The four names are representative players, so it’s a huge loss for the Panthers.

Huge news AGAIN out of the Penrith camp!! Brian Too has been added to @PenrithPanthers injury list 😬😬 #nrl #nrlpantherstorm #penrith https://t.co/v9hCZGVNj4

Jarome Luai resumes as halfback with Matt Burton on his outside. The halves combination has a chance to gel over the last few weeks of the regular season, but Round 20 isn’t the time to rebuild.

Penrith is still second on the NRL ladder with 16 wins and two losses, but the injuries will start to take their toll against the better teams. They have had the benefit of playing the likes of Brisbane and New Zealand over the last two weeks, so facing Melbourne is a huge rise in class.

Despite the injuries, we didn’t think bookmakers would have Penrith at +18½. That is a sizable margin for the top teams in the NRL and the line could be too big to overlook.

A lot of water has gone under the bridge since they last met in Round Three, but the Panthers will be encouraged by the result.

They are the last team to defeat the Storm and it was a late try to Kurt Capewell that got it done. The Panthers were down by four points with two minutes remaining before Capewell burst through the line to score.

The teams have changed since Round Three, but the Panthers have a formula to beat the Storm and they won’t be looking at betting markets for a guide.

We’re not shocked the Melbourne Storm are overwhelming favorites to win, but we don’t think there are 18½ points between them.

The Panthers still have quality players, and although some of the spark is sitting on the sidelines, their defense is good enough to limit the Storm.

We see this game being around the 24-12 mark, which gives the Panthers the cover and bettors should take the line before it shortens. 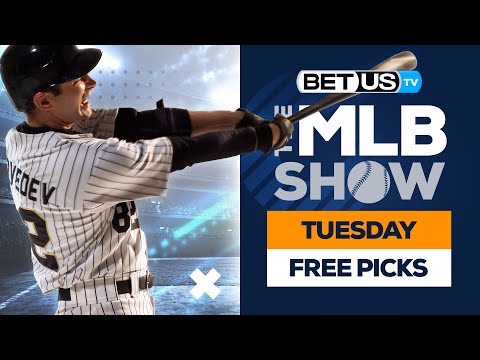