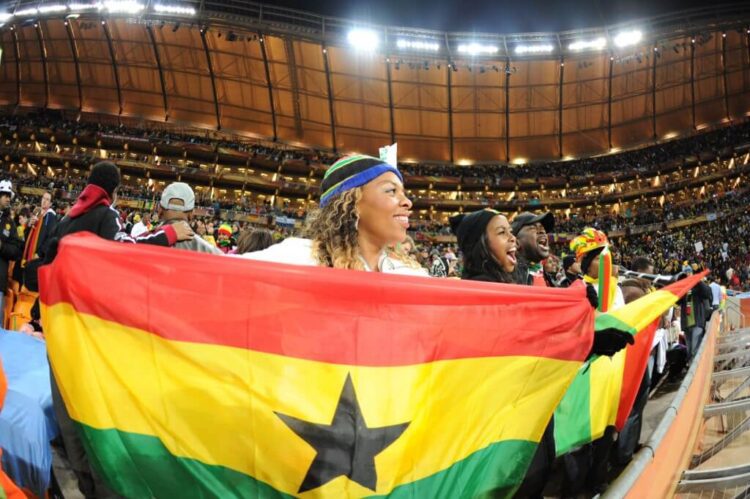 Top 8 in the World

No African team has made it to the semifinals of a World Cup, but none came as close as Ghana in 2010. The Black Stars joined Cameroon (1990) and Senegal (2002) as the only African squads to have reached the Round of 8, and if it hadn’t been for an infamous play by Luis Suarez (Uruguay), they would have rewritten history.

In 2022, Ghana will be led by Andre and Jordan Ayew, and guess what? They’ll collide with Uruguay once again. That’s why it’s so important to remember what happened in 2010.

Let’s check out the latest World Cup odds & lines. We’ve got plenty of strategies for you to consider before selecting your picks from our odds to win the World Cup list. Bet on Qatar 2022

The 2010 WC was held in South Africa. That was the first time that an African country was the host, so as you can imagine, all African teams were extremely motivated, including Ghana. The Black Stars made their debut, in Group D, with a 1-0 victory over Serbia. Asamoah Gyan scored the winning goal from the penalty spot in the 85th minute.

Six days later, the Black Stars faced Australia and ended up drawing 1-1. Brett Holman scored the opener for the Socceroos only 11 minutes into the game, but 14 minutes later, Gyan scored his second goal of the tournament to even the score.

In the last game of the Group Stage, they faced Germany and put up a good fight, but still ended up losing 1-0. That was a disappointment but losing by only one goal allowed them to advance to the Round of 16.

In the Round of 16, they faced the USA. Kevin Prince Boateng scored the opener for the Black Stars five minutes into the game, but the Stars and Stripes never gave up. Landon Donovan scored the equalizer from the penalty spot in the second half, which was enough to send the game to overtime.

It didn’t take long for the Black Stars to regain the advantage, though. Gyan scored his third goal of the tourney, once again from the penalty spot, and took them to the Round of 8, in which Suarez basically stole them.

The game against Los Charruas was a back-and-forth battle. Sulleyman Muntari scored the opener for the Black Stars right before the end of the first half, but Diego Forlan scored the equalizer 10 minutes into the second.

When we all thought the game would go to overtime, Ghana drew up one last play and got past Fernando Muslera, Uruguay’s goalkeeper, but Suarez, who’s a striker, stopped the ball in the goal line with his hand. Gyan took the ball, looked into Muslera’s eyes, began running and … hit the bar! Nothing happened during overtime. The South Americans ended up advancing to the Semifinals after winning the penalty shootout 5-4.

As mentioned before, Ghana and Uruguay will meet again in Qatar 2022. The Black Stars will also face Portugal and South Korea in Group H. As expected, the European side comes in as the betting online favorites to win it. They’re offering a -165 price. Uruguay comes next at +200, while South Korea is +1000 and Ghana +1600.

Individually, Jordan Ayew and Andre Ayew are offering a +50000 price to finish as the tournament’s top scorer.