Ligue 1 Game of the Week! Rennes owns the hottest streak in Ligue 1 after winning its last seven. Now, the Red and Blacks are only three points behind Marseille, the team sitting in second place. The title isn’t an option, so we won’t go there.

AS Monaco, a well-established powerhouse that won its last three games with a 7-2 aggregate, comes next. The visitors are offering a +255 price in the sportsbook, making them a very tempting option.

Let’s check the latest news, stats, injury reports, and Ligue 1 odds for Rennes vs AS Monaco. We’ve plenty of predictions for you to consider.

Rennes Wants to Return to the UEFA Champions League

One season playing in the UEFA Europa Conference League was enough for Rennes. The Red and Blacks want to return to the Champions League and they’re very close to achieving it.

Finishing third would be enough, but the Red and Blacks aspire to finish as the runners-up. To depend only on themselves, they need to defeat AS Monaco and wait for Marseille to lose against PSG. The Olympians will visit the Parisians on Sunday.

Most recently, Rennes defeated Reims 3-2. We hope you followed our advice to include the over in your soccer picks. At one point, the Red and Blacks were up 3-0, but Reims closed the gap at the end of the game. Benjamin Bourigeaud was named the Man of the Match after scoring twice.

Martin Terrier, the team’s top scorer with 18 goals, also scored in their last game. And let’s not forget about Gaetan Laborde, who has scored 14 goals. Rennes is the only team with two players among the league’s top five scorers.

The home side is offering a +105 price to win straight up. That’s a good deal considering the Red and Blacks won their last five home games with a 20-1 aggregate.

AS Monaco Up to the Challenge

AS Monaco’s recent winning streak includes a 3-0 victory over PSG. Wissam Ben Yedder, the team’s top scorer with 18 goals, led the way by scoring the first two goals. Kevin Volland, another name you should write down, sealed the deal.

That victory was a huge confidence booster and Most recently, they defeated Troyes 2-1 with goals from Volland and Caio Henrique. The crazy part is that Volland has been coming off the bench.

Monaco is 2-1-2 in its last five road games, scoring in all matches but one. As mentioned before, they’re offering a +255 price to win straight up on Friday. They recently pulled off a betting online upset under similar circumstances by defeating Marseille 1-0 while offering a +220 price.

If the season ended today, Monaco would be left out of UEFA competitions, nevertheless, a victory could boost them to fourth place with just six games left. That should be enough for the visitors to go all-in right from the start.

Rennes vs AS Monaco Head-to-Head

AS Monaco came from behind to win the first round 2-1. Rennes opened the can thanks to Martin Terrier, while Wissam Ben Yedder and Kevin Volland scored for the home side.

That was Monaco’s sixth victory in its last 10 meetings with Rennes (6-2-2). Also, buckle up, because these two like to take things to the extreme. The total went over in nine of those l0 meetings.

Rennes vs AS Monaco Game Information

Rennes vs AS Monaco Betting Lines

Rennes vs AS Monaco Prediction

Beyond not losing in its last seven games, Rennes scored in nine of their last 10 matches. AS Monaco scored in eight of its last 10 matches, plus, three of the league’s top five scorers will be on the pitch. My soccer betting prediction can’t be other than the total going over, and both winning streaks will continue. 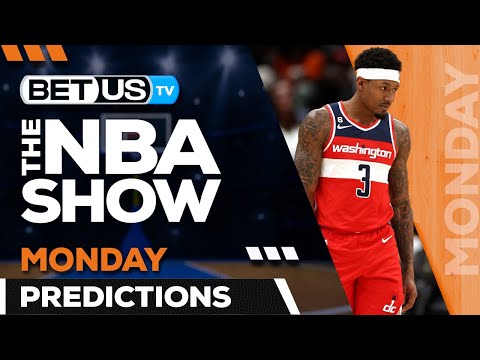