Sevilla on Brink of Elimination 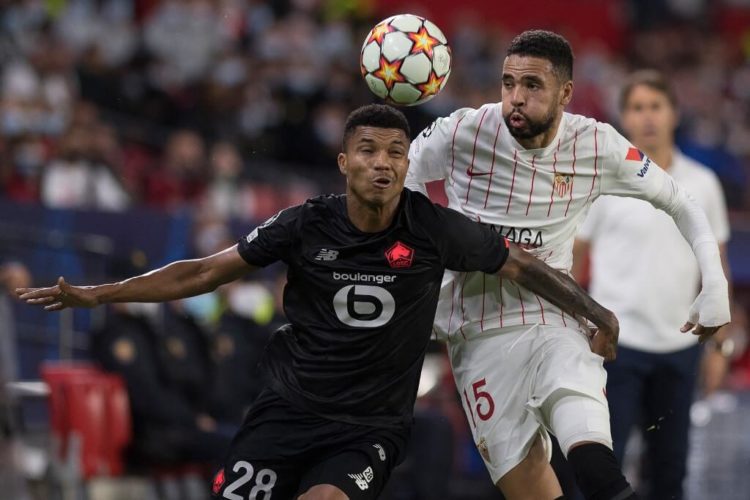 Sevilla’s Champions League campaign is currently on life support and nothing short of a win over Wolfsburg can revive it. With two matches remaining, The Spanish side plays host to Wolfsburg at the Stadio Ramón Sánchez Pizjuán for the first time.

Both teams are coming off of second-half comebacks that led to draws but they will undoubtedly be hoping for all three points here. As a -135 favorite according to the latest soccer odds, Sevilla will fancy its chances.

Sevilla and Wolfsburg met for the first time in September. I expected Sevilla to steal three points on the road, but they were actually the ones who found themselves behind for much of the second half.

Renato Steffen put Wolfsburg ahead with a 48th-minute goal that kicked Sevilla into gear. Wolfsburg defended for much of the match as Sevilla had 70 percent possession and completed 300 more passes than the Germans. An 87th-minute penalty from captain Ivan Rakitic, after Wolfsburg’s Joshua Guilavogui was sent off, salvaged a point for Sevilla.

Sevilla briefly topped the La Liga table with a 2-2 draw versus Alaves, before Real Madrid demolished Granada and ascended to first. Los Rojiblancos were in danger of dropping all three points vs Alaves before Rakitic scored a stoppage-time equalizer. Munir had a header right at the death that could have given Sevilla the win but they had to settle for a point.

While Sevilla has been an excellent pick for betting online in La Liga, they haven’t been as fortunate in the Champions League. Julen Lopetegui’s side drew three consecutive matches to open up the competition before falling at home to Lille a few weeks ago. It was Sevilla’s first home loss since May in all competitions and they now have their backs against the wall.

I certainly wouldn’t have guessed that Sevilla would be in last place in Group G but that’s where things stand after four matches. Granted, two wins from their last two matches would almost certainly be enough for the Spanish side to go through, but it’s an uphill battle from here.

To make matters worse, key striker Youssef En-Nesyri, who is rumored to be wanted by Manchester City, is out for the next couple months. Sevilla has scored just three goals in four Champions League matches and desperately needs goals vs a Wolfsburg side that is tough to score upon. Winger Lucas Ocampos has scored in three of his last four games and could possibly shift the balance of this match as well.

Wolfsburg was in a tough position at Arminia Bielefeld over the weekend, 2-0 down after 54 minutes. Ten minutes later, Wolfsburg was level as Wout Weghorst and Lukas Nmecha scored just a minute apart.

It definitely hasn’t been smooth sailing for Wolfsburg, which has been one of the most inconsistent soccer picks. They have, however, emerged from a rough patch in which they won just one of nine games from mid September to the end of October. That has coincided with a four-game goal streak from promising young forward Lukas Nmecha.

Nmecha fell into the loan trap at Manchester City, spending time with Wolfsburg in 2019-20 along with Preston North End, Middlesbrough and Anderlecht over the last few seasons. He transferred permanently to Wolfsburg over the summer after scoring 18 goals with Anderlecht last season and has hit the ground running.

He is Wolfsburg’s top scorer with seven goals in 16 matches in all competitions and earned his first Germany cap earlier this month. With Weghorst fully recovered from COVID-19 and Ridle Baku making bombing runs down the right flank, Wolfsburg’s attack has potential.

The last three times Sevilla has participated in the Champions League, it has qualified for the knockout stage. Failing to qualify in a winnable group with RB Salzburg and Lille would be a big disappointment. So, expect Sevilla to pull out all of the stops and go all out to win.

Wolfsburg is no stranger to sitting back and taking pressure from opposing teams and they’ll likely be on the back foot in this match. Midfielder Joshua Guilavogui’s status is uncertain for this one, as he missed the game vs Arminia and his absence would be a further blow.

For Sevilla, it’ll be up to players like Ocampos, Rakitic and Erik Lamela to expose gaps in a typically organized Wolfsburg back line. Sevilla seem to do well with their backs against the wall and at -135 in the sportsbook, I like them to win.

Bank on Bayern to Bounce Back