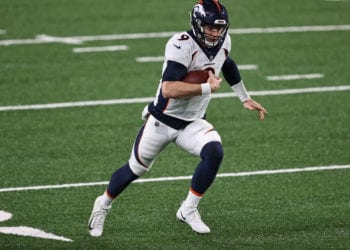 Drew Lock has to be one of the most inconsistent QB’s in the league. One week he throws for 285 yards and four touchdowns, but the next one he can throw for 132 yards and just one touchdown.

The Denver Broncos have struggled all year long offensively, but they already beat the Los Angeles Chargers this season (31-30).

The Broncos average 19.7 points per game (fifth worst in the league) and the total has gone under in 13 of their last 16 games against a divisional rival.

Justin Herbert arrived to stay as the Los Angeles Chargers starting QB. The rookie has been sensational; in fact, many consider him the offensive rookie of the year.

WR Jalen Guyton has become a very reliable third option, while TE Hunter Henry has regained rhythm and confidence. Austin Ekeler and Kalen Ballage are a good tandem from the backfield.

The Chargers average 23.4 points per game and the total has gone over in eight of their last 11 games.