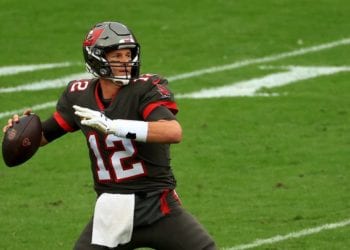 The Washington Football Team has won two consecutive contests, and is much better than their 4-7 record indicates. Washington has improved dramatically over the course of the season, and I believe they’ll knock Pittsburgh off its undefeated pedestal. Over their previous six games the WFT have won three, while losing the other three games by a combined total of seven points. On Thanksgiving, the Football Team blew out the Cowboys in their own building 41-16 to earn the season sweep. This team has something to prove, and they’re ready to strut their stuff on prime time behind QB Alex Smith. The Steelers looked shaky and discombobulated against the Ravens, and are ripe to be ambushed on Monday Night by the WFT. RB Antonio Gibson will dent and ding his way through the 2020 Steel Curtain, as Washington slays a giant in Pittsburgh. Football Team 27, Steelers 21

The Pittsburgh Steelers own one of the most-balanced offenses in the league. Ben Roethlisberger is an experienced QB, but he’s throwing to young and good receivers such as Juju Smith-Schuster, Diontae Johnson, Chase Claypool and Eric Ebron. James Conner should be back after missing their last game due to COVID-19.

The Steelers average 29.8 points per game (fourth best in the league).

Go under as Pittsburgh is not well-rested either physically or mentally.