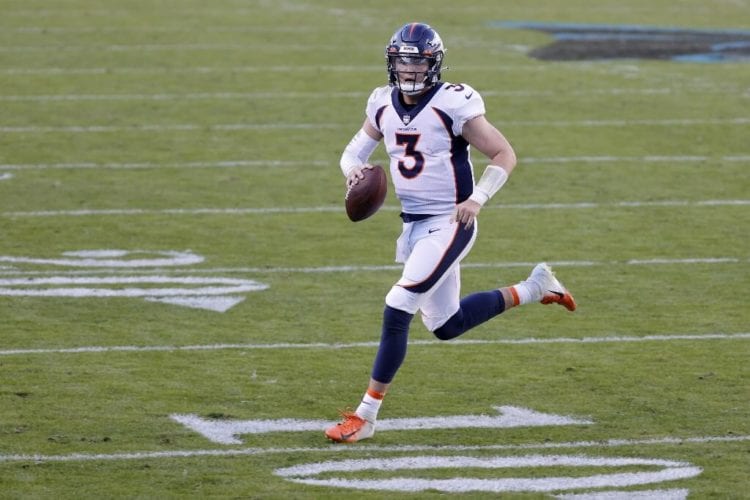 The opener of a Saturday NFL doubleheader sees the Buffalo Bills trying to clinch the AFC East crown when they visit the Denver Broncos. Buffalo enters Week 15 up two games on the Miami Dolphins and just needs a win in this game to take the crown.

The Broncos, on the other hand, are all but out of the playoff hunt, sitting three games behind the seventh spot in the AFC standings with three to play. Still, Denver always plays well at home, and this game will have plenty of opportunities for you to bet online.

This is going to seem like a broken record, but the Bills are really playing well with the offense hitting on all cylinders, especially with the passing game. Buffalo is now facing a team that is potentially missing members of its secondary for this game. That’s not a recipe for success for Denver. Although the Broncos are at home, they are not going to win this game.

The NFL odds are actually nice to bettors who like Buffalo in this one. Only giving 5½ points is pretty much a gift when one team has won three straight and the other has dropped four of six. Throw in the potential injury problems for Denver, and the Bills should have no problem in this one.

Bills receiver Stefon Diggs leads the NFL with 100 catches, and he has 46 of those over the last five games, catching 10 in those of those contests. Diggs has really found good chemistry with Josh Allen in the passing game, and the two of them should put up some big numbers against a depleted Denver secondary in this one.

The one side of the ball that the Broncos may be okay on is offense, though running backs Phillip Lindsay and Melvin Gordon III were both questionable this week. That means Drew Lock will likely have to carry Denver, and he’s coming off a game against Carolina with 280 passing yards, four touchdowns and no interceptions. If the Broncos are going to hang with the Bills, they’ll need to do some scoring, and we think they’ll do just enough to get this over.

Props Talk for Bills vs. Broncos

The forecast for Saturday in Denver is for temperatures in the mid-40s. The cooler weather won’t bother these teams, who are certainly used to it. This game should have a lot of yardage and scoring, especially from the Bills’ side, which makes for some fun prop bets to wager on.

We’ve already talked about how Diggs is really playing well and putting up some big numbers, but Buffalo also has the speedy Cole Beasley, who can take a pass to the end zone from nearly anywhere on the field. The Buffalo passing game has really flourished the last few weeks, last week against a tough Steelers defense. We expect Buffalo to test the Denver secondary no matter who is playing.

This just seems like a game that Buffalo is going to take command of from the get-go, with Denver having to scramble just to stay in the contest. Taking the Bills to be in the lead at halftime and at the end of the game is the right play here, giving you some extra pop to any of your other bets on Buffalo.

This is one of those NFL picks that is based on doing a little research on the game. Denver is going to be without its regular kicker, Brandon McManus. McManus is going to be sidelined due to COVID-19 protocols that say he has to sit out for five days after coming in “close contact” with someone who has tested positive outside the team facility.

If this game had been Sunday, he’d be available. Instead, the Broncos will have to go with a player from their practice squad, Taylor Russolino, who has yet to attempt a kick in an NFL game. We’re going to go with the experience — Buffalo’s Tyler Bass — if we are going to pick a kicker.