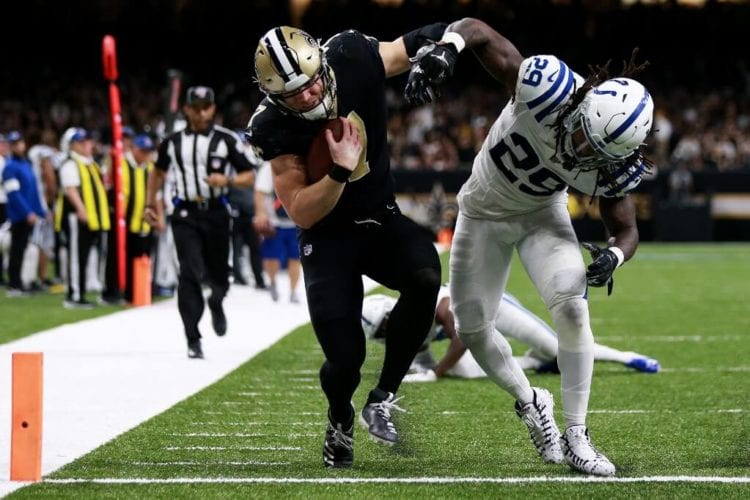 The good news for the AFC South-based franchise is that they have plenty of options. A handful of veteran quarterbacks, both old and relatively young, are available via trade or free agency this offseason.

In New Orleans, all eyes are on future Hall of Fame quarterback Drew Brees. Will the aging superstar hang up his cleats in a move that has been widely expected? Will the franchise icon return for one more run at a Super Bowl berth? If Brees does call it a career, New Orleans also has plenty of options.

With both quarterback situations in Indianapolis and New Orleans up in the air, let’s examine the NFL special odds centered around who could be under center for both teams in 2021.

Which will be the starting Colts QB in Week 1 of 2021 season?

Analysis: Indianapolis will have a new quarterback under center in 2021 following the retirement of veteran signal-caller Philip Rivers. Right now, the vast majority of rumors surrounding the Colts’ quarterback position seems to be centered around veteran Matthew Stafford.

After 12 seasons together, Stafford and the Detroit Lions have mutually agreed to part ways. Stafford still has two years remaining on his current contract, but Detroit has plenty of suitors and Stafford’s deal is reasonable.

The 32-year-old passed for 4,084 yards with 26 touchdowns and 10 interceptions and still has one of the strongest arms in the NFL. Indianapolis has talent on both sides of the ball and I believe Frank Reich would help Stafford maximize his talent. Stafford is my top online betting pick to land in Indianapolis next season.

If the Colts don’t land Stafford, I’m certain Reich would love to land the disgruntled Deshaun Watson. However, that acquisition would be a lot costlier and I don’t think Indianapolis wants to pony up an exorbitant price. In addition to that, Houston doesn’t want to face Watson twice a year playing in the same division. I’ll rule Watson out for those two purposes.

Check out the Super Bowl 55 ATS and O/U stats for both teams.

Wentz and Frank Reich have some great history together in Philadelphia but I’m going to quickly rule out Wentz as an option for the Colts. Point blank, there’s no way Indianapolis makes a move to acquire the struggling quarterback – and his albatross of a contract.

Foles and Reich also have some rich history with the two combining to lead Philadelphia to the sportsbook betting win in Super Bowl 52. However, the 32-year-old Foles is clearly on the downside of his career after going 2-5 in seven starts for Chicago this past season. Foles tossed an underwhelming 10 TD passes and eight picks and simply looks more suited to coming off the bench than starting.

Age and decline won’t put Foles at the top of Indy’s wish list, but I believe he could join the Colts as a veteran backup that could provide insurance. This one could happen, even if Foles doesn’t become the starter in Indianapolis.

My ‘under the radar’ player I believe could wind up in Indianapolis in 2021 is Marcus Mariota. The former Oregon star and No. 2 overall pick in the 2015 NFL draft, is probably going to get another chance to start somewhere and it could come with the Colts.

The 27-year-old Mariota only saw action in one game with Las Vegas this season, but he looked solid in that Week 15 start against the Chargers. Mariota went 29-32 in five years as the starter in Tennessee, but I believe the mobile quarterback could flourish under the tutelage of Frank Reich.

While Eason never saw any playing time in his rookie season with the Colts, I think he could have a shot to start next season. Colts GM Chris Ballard seems to be pretty high on Eason and went out of his way to praise the fourth round pick for his work ethic this past season.

“Let me tell you this about Jacob Eason, he kept his mouth shut and he worked,” Ballard said at the end of the 2020 season. “He was in a great quarterback room with a lot of experience and got to take all that in…he knows he’s got to go to work this offseason but Jacob is very talented, extremely talented.”

I’m going with Stafford, Eason and Foles as my top three choices to start in Indianapolis next season.

Which will be the starting Saints QB In Week 1 of 2021 season?

Analysis: Following 15 seasons with the Saints and five with the Chargers, Drew Brees is widely expected to call it quits this offseason. If that’s the case, I’m going with Jameis Winston as my top pick to start in New Orleans next season. I know the top pick in the 2015 draft underwhelmed in five seasons with Tampa Bay, but I think he’s got a shot to start for the Saints in 2021.

Winston went 28-42 as Tampa Bay’s starter, but I don’t think anyone can deny that he’s still got plenty of talent. What Winston so clearly needed early on is what Sean Payton can give him – structure. Appearing in four games this season, Winston completed 63.6 percent of his passes. Winston also tossed a 56-yard TD pass against his former team in the NFC divisional round. Winston is still just 27 years old and looks like the perfect reclamation project for Payton and the Saints.

If Payton doesn’t want Winston as his starter, I guess Taysom Hill will get a shot, even though he’s clearly lacking as a passer. Hill will be back with the Saints, but I expect him to be in his customary role as a receiver, running back and occasional quarterback.

I think Marcus Mariota should be on this list of potential Saints starters in 2021, but since he’s not, I’m expecting a two-man race between Winston and Hill.

Keep It In the Family

Last, but not least, I think New Orleans could go for Florida quarterback Kyle Trask with the 28th overall pick in the first round. Trey Lance and Mac Jones will both be long gone by the time New Orleans picks and that leaves the talented, but raw Trask as a legitimate option. Still, Trask won’t be ready to start next season if the Saints do select him, making Winston and Hill my top two picks.