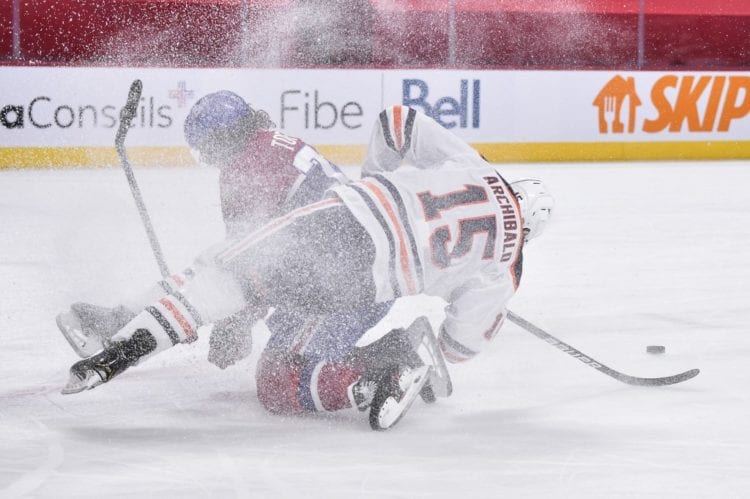 As far as lopsided NHL matchups go, the Edmonton Oilers (23-14-2) over the Ottawa Senators (13-22-4) has to be at the top. Edmonton has won all seven games against Ottawa with the average goal differential being 2.72. It’s surprising to see Edmonton as a -200 betting favorite. That’s pretty high.

Unsurprisingly, I like Edmonton to win Wednesday. The high NHL line could be because Ottawa is 8-7-4 at home (3-1-3 recently) and played their best game against Edmonton here at Canadian Tire Centre. Regardless, they still lost just like they’ll lose this one. Don’t forget to take a look at our online sportsbook when you make your sports bet.

Edmonton is third in the North and likely to make the playoffs. But there’s a sense that this team has work to do. The Oilers’ recent games against Toronto and Montreal continue to expose how frail they can get, especially on 5-on-5.

The Oilers are only 4-8-2 against the Leafs and Canadiens. They’ve scored 26 goals and given up 46 for a -20 differential. In fact, Montreal has almost doubled them in goals. Edmonton has been badly outplayed on 5-on-5 and their corsi and scoring chances for metrics are on the negative due mainly to these two teams.

The biggest culprit is the … surprise, surprise, defense. Ethan Bear has been great but the rest of the Oilers’ blue line is trending on the negative in regards to expected plus-minus.

It’s not entirely on them. Edmonton is getting outplayed on 5-on-5 and the expected goal difference is staggering. Had Mike Smith not been playing like a Vezina contender, the Oilers would be where Vancouver is. Fortunately, the Oilers score a lot of goals so it’s not all bad.

Ottawa has been playing better lately. Since March 14, the team has gone 4-2-3 and actually has an even-goal differential. The key here is that the Senators have only given up 25 goals during this nine-game stretch, an average of 2.78 a game, which is a massive improvement from their season average of 3.72.

And Ottawa didn’t just play itself for nine straight games. It actually played Vancouver, Toronto, and Montreal twice each along with Winnipeg once. Here’s a not-so-unexpected twist: Ottawa still was badly outplayed for the most part. They’ve been outshot by 50 goals in total.

If management wanted to pay Murray to help the franchise tank, it’s getting its money’s worth. In that sense, the Sens should have a top-five pick for the next three seasons including when Connor Bedard becomes eligible in 2023. “Trust the process!”

At first glance, Edmonton looks like it’s ready to run another train through Ottawa. But not so fast. The Sens have been playing well and have a pair of goalies who did not get the memo the team is supposed to not win.

This can complicate things a bit if we’re backing Edmonton, which we are. Compound this issue with Ottawa taking it to Edmonton the last time they played at home. The Sens outshot the Oilers 42 to 22 and had a 64.3 corsi for percent (CF%).

The Oilers won on goaltending and that could be the case here too as Smith should be equal to or better than whoever starts in Ottawa. But Edmonton is still better overall and is actually 12-6-2 when getting outshot. That’s what Connor McDavid does for ya.

Canadiens Come Through as Underdogs vs Leafs