Rafael Nadal is one win away from the final and a potential 14th title at his beloved Roland Garros and a record-setting 22nd Grand Slam title. Standing in his way of glory is Germany’s Alexander Zverev who is still searching for his maiden Grand Slam triumph.

As per the betting online markets, Nadal is the prohibitive favorite across the tennis betting markets. BetUS tips the Spaniard as the -350 favortie to win the semifinal over Zverev. He’s also the -210 favorite to lift La Coupe des Mousquetaires.

By contrast, the German is priced at +290 to win the semifinal and at +375 to lift the coveted French Open trophy. As per the markets, Zverev is currently the second-best bet after Nadal to win it all.

So, who will win and advance? Will Nadal come through as the firm favorite? Or will Zverev deliver one of the biggest upsets of the tournament?

Find out as we preview this highly anticipated French Open semifinal and serve up tennis predictions and tennis picks.

Let’s check the latest news, stats, injury reports, and tennis odds for Nadal vs Zverev. We’ve plenty of predictions for you to consider.

Nadal was tipped as the player to beat in the French Open betting markets at the start of the European clay-court swing, but by the time the slam rolled around, he was surpassed by Novak Djokovic and Carlos Alcaraz on the tennis odds board.

A number of things conspired against Nada then. He missed the first half of the European clay-court swing due to injury. When he did return, however, he saw a limited number of matches in Madrid and Rome.

Worryingly, in his last match in Rome, he seemed to re-aggravate the foot injury that kept him out of the game in the second half of the 2021 season.

While Nadal was struggling on form, teen phenom Alcaraz was making huge strides. He beat Nadal and Djokovic in Madrid on the way to the title in the Spanish capital.

As well, Djokovic’s form was improving steadily before peaking in Rome. Djokovic won the tournament, just in time for the start of his title defense campaign in Paris.

At the face of it, it’s easy to understand why Nadal’s odds fell behind Djokovic and Alcaraz. In hindsight, though, the markets might have overreacted as Nadal reached the French Open semifinals on the back of an impressive four-set victory over Djokovic

🤔 Is 14 next for @RafaelNadal ?#RolandGarros pic.twitter.com/0Wa4mjZoau

Spain’s rising star Alcaraz entered the French Open as a joint favorite alongside Djokovic to win the title. However, his sojourn in the City of Lights was cut short prematurely by Zverev.

The German defleated Alcaraz in a four-set thriller, 6-4, 6-4, 4-6, 7-6 (7) to book his place in the final four. It was an upset that sent seismic shockwaves through the tournament.

Zverev lost to Alcaraz in the Madrid Open final with relative ease earlier in May. This time, though, he brought his A-game to court Philippe Chatrier and he got his revenge over Alcaraz. World No. 7 and fourth seed Stefanos Tsitsipas will face American John Isner (ranked 50th) in the quarterfinals of the...
Read More Canada’s Felix Auger-Aliassime will take on a resurgent Borna Coric in the quarterfinals of the ATP Masters 1000 in Cincinnati...
Read More Daniel Evans and Pablo Carreno Busta will collide in the Rogers Cup semifinals on Saturday, with a spot in the...
Read More American Tommy Paul is enjoying a standout run at the Rogers Cup in Canada, reaching the quarterfinal round of the...
Read More Jack Draper’s Montreal debut couldn’t be going better had the 20-year-old qualifier from Great Britain scripted it himself. He’s through...
Read More

Who Breaks the Tie? Shelby Rogers and Daria Kasatkina will meet in the 2022 Mubadala Silicon Valley Classic Finals on...
Read More Andrey Rublev vs. Yoshihito Nishioka Tennis betting fans have a great night of action to look forward to on Saturday...
Read More 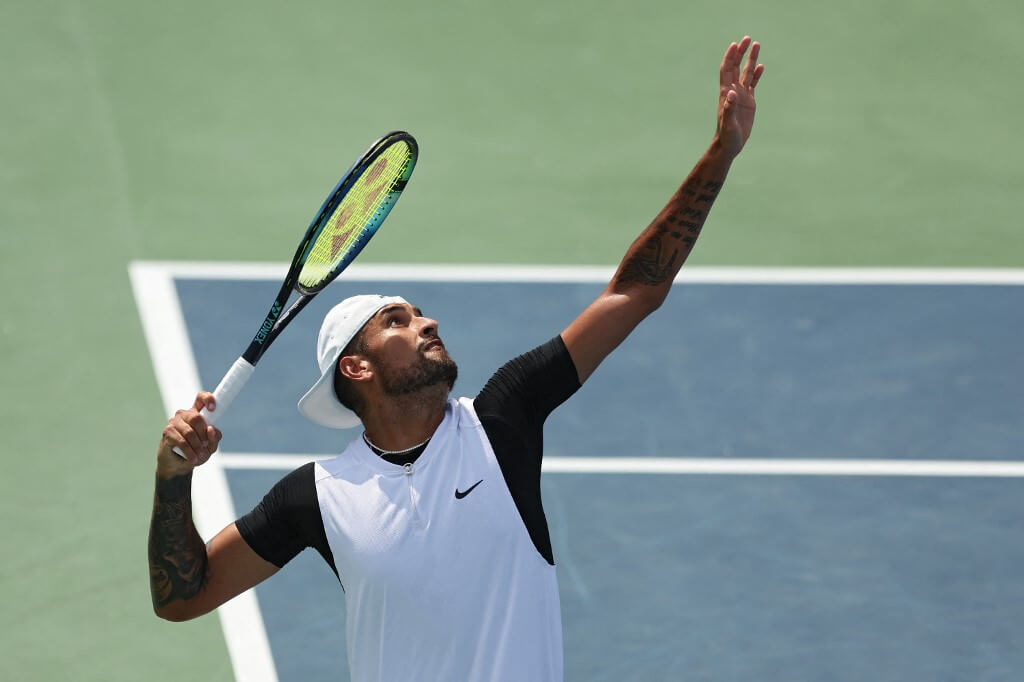 Will Kyrgios Reach Another Final? Saturday is a great day for tennis betting, with semifinals at the ATP Citi Open....
Read More Unseeded Shelby Rogers is a win away from her first WTA singles final since 2016 and the first one on...
Read More American teenager Coco Gauff is through to the last eight where she’ll face No. 2 seed Paula Badosa. The pair...
Read More

Shelby Rogers has set up a showdown with Amanda Anisimova in the WTA Silicon Valley Classic quarterfinals. The much anticipated...
Read More Evans vs Nishioka - Will Evans Prevail? The first of four quarterfinals at the Citi Open was set on Wednesday...
Read More One of the best lineups in recent memory is set to kick start this week’s WTA Mubadala Silicon Valley Classic...
Read More A star-studded cast of ATP players descends on the nation’s capital for the ATP Citi Open, the first of a...
Read More Ons Jabeur carries the weight of expectation of the Arab world and the African continent into Saturday's Wimbledon ladies' final,...
Read More Novak Djokovic is on the cusp of yet another Wimbledon final. Only Britain’s Cameron Norrie stands in the way of...
Read More

On paper, Zverev ranks higher than Nadal at the moment. He also presents a significant hurdle in his path to glory.

One can’t underestimate Zverev’s youthful exuberance or his hunger to win one of these prestigious, career-defining titles. Zverev has long been touted as a potential Grand Slam champion, but he’s failed to fulfill on that promise. He came close two years ago at the U.S. Open, only to fall to Dominic Thiem in five sets.

That said, beating Nadal in a best-of-five scenario is one of the toughest asks in tennis. Greater champions than Zverev have tried but failed. So, it will take a Herculean effort by the 25-year-old German to pull off the feat. Never mind it will take a brave bettor to bet on it.