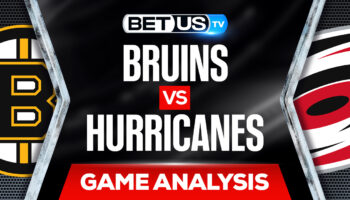 The 29 year Las Vegas resident is in his 25th year as a professional sports handicapper, in addition to his duties as a newspaper, radio, and television personality. The New York native arrived in the desert as a proud member of the United States Air Force in the Summer of 1992. After an honorable discharge, Dana started his sports broadcasting career, contributing to various media platforms in Las Vegas and across North America.

Lane's true passion has always been handicapping the National Hockey League, and with an assignment to Nellis Air Force Base, he knew Las Vegas would be his home after serving. He has carried his military background into the sports betting industry by assuring his clients that every selection would be backed by a '"roll up the sleeves and work hard" approach. His ability to break down and decipher information makes him the easy choice when looking for sharp NHL selections.

Dana has been a long-time NHL, NFL, MLB, College Basketball, and College Football contributor to the Las Vegas Review-Journal and other prominent newspapers and websites across the world. As a credentialed member of the NHL media. Lane has been able to get up close to the sport he cherishes the most. The veteran broadcaster/handicapper has interviewed the biggest names in the National Hockey League, from Commissioner Gary Bettman to Hall of Famer Don Cherry on Vegas Hockey Hotline, with co-host Brian Blessing on KSHP 1400, Las Vegas.  In 2015, Lane was named the play by play announcer for UNLV Hockey, a position he presently holds.

For almost three decades, Dana has built an army of NHL contacts which allows him the ability to deliver strong content and sharp opinions.

Join us live on our exclusive NHL YouTube Channel every Tuesday, Thursday, and Friday at 11 AM EST. Dana Lane brings all the intel you need before placing your picks. If you can't catch us live, don't worry, we feature all single-game previews on our BetUS Official YouTube channel.

Who is the host of the show, Brian Blessing?

An award-winning sportscaster, Brian Blessing came to Las Vegas after a 25- year stint in Buffalo, New York. Serving as a television and radio anchor, reporter, and host, Blessing covered Western New York’s professional teams, the NFL’s Buffalo Bills and the NHL’s Buffalo Sabres. Stationed at WIVB-TV for fourteen years, he was the beat reporter covering the Buffalo Bills, which included their remarkable, four consecutive trips to the Super Bowl. In addition, during his tenure at WIVB, Blessing earned Associated Press honors and a New York Board of Broadcasters Sportscast of the Year Award. For more info about Brian and our guests check out their bios.

Where can I find the show?

On our BetUS NHL Picks and Predictions Youtube channel. You can also find clips of every NHL game on our BetUS Official Channel.

Are you available on podcasts?

Yes, we are. We are available on Spotify, Apple Podcast, Google Podcast and Amazon Music. Just type in BetUS NHL Picks and Predictions and you will find us.

Why do you film live?

Because we want to hear from you! Make sure to subscribe to the BetUS NHL Picks and Predictions Youtube Channel, hit the bell notification so you get notified when we go live and you can come and join our NHL crew as they go through the weekly slate. Ask questions or just sit and listen in, whatever floats your boat.

Do you offer hockey picks and predictions?

Yes, we preview and predict the biggest games on our weekly shows, and then run through other interesting games of the slate if you request it on the shows’ live chats.

Yes, as well as Hockey, we currently have weekly NFL, College Football, and Soccer shows as well as Tennis, Golf, and Horse Racing. In November will see NBA and College Basketball make their appearance on our YouTube channels.