UFC Fight Night: Tap Out or Pass Out When Smith and Spann Collide 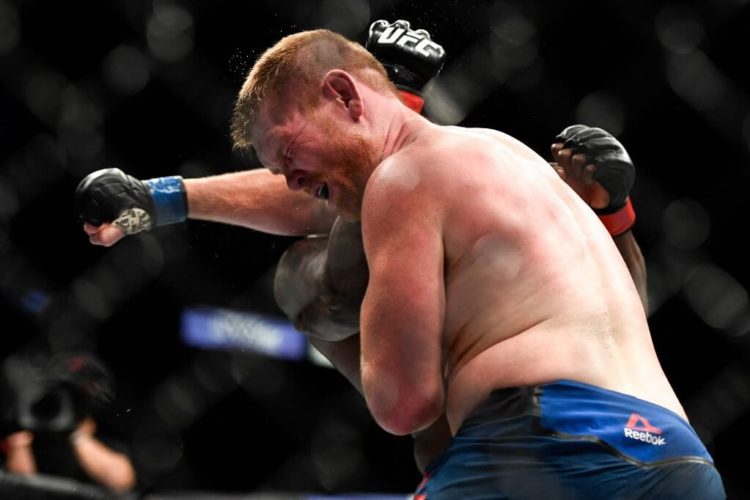 It’s 2021 and the UFC gets it that some fans want to “Just Bleed” when it comes to their fights. Then it’s up to light heavyweight contenders Anthony Smith (35-16-0) and Ryan Spann (19-6-0) with a combined 65 finishes in both wins and losses.

The UFC odds may peg Smith as the favorite here, but it won’t be a shock if Spann goes out there and knocks him out in under a minute. Either way, expect this Saturday’s main event to get finished in what could be a “Fight of the Year” candidate if it lasts that long.

Smith vs Spann: A Lock For A Bonus?

What they lack in name value, they will more than make up for in entertainment value. Both Anthony Smith and Ryan Spann go into fights with one thing in mind: to finish the other fighter. These grizzled veterans have experienced long grueling roads to get to this point.

Smith has collected four “Performance of the Night” bonuses since moving up to the 205 division three years ago. Spann won his first bonus in his last fight but has finished seven of his last nine victories going back to 2017. When the prop comes out, pick “Fight Does Not Go To Decision” as this UFC’s best bet.

Nicknamed “Superman”, he has 14 first-round victories including his last one: a 71-second thrashing of fellow top-15 fighter Misha Cirkunov. But his superpower isn’t his super strength. It’s his super persistence.

The 30-year-old had to overcome four losses to get a shot at the UFC. And when his opportunity came, he got knocked out in 15 seconds. Most fighters wouldn’t be the same after a devastating loss like that but not Spann. He roared right back and won nine of his next ten fights.

Spann packs plenty of power and is also versed enough in Jiu-Jitsu to submit his opponents. He is fast and explosive and will come straight at his opponents. However, half of his losses were also in the first round indicating he’ll either take out his opponent or go down trying. Now that’s a fighter you may not bet but would watch.

No Jokes For Anthony “Lionheart” Smith

Another fighter who lives up to the nickname, Smith has made a career out of overcoming adversity whether he’s fighting off home intruders or battling through the division’s top contenders. The 33-year-old has wins over four fighters who either fought for the belt or held it. And he didn’t take the cheap way out of an illegal knee from Jon Jones.

However, as inspiring as Smith is as a storyline, he can also be an unattractive fighter when betting online. As chalk, bettors may have to sweat his fights as he absorbs plenty of damage in his fights. Smith absorbs 4.36 significant strikes per minute while landing just three.

Smith has found himself accumulating damage over the years. While he still appears sharp, all that damage will eventually wear him out. One can only wonder when he will be considered “shot” as a fighter. But for the meantime, enjoy the ride.

Smith vs Spann: Who Wins?

Between Smith and Spann, the first clean shot could end the fight. That leans on Spann who is the faster and more powerful puncher of the two. However, Smith is also disciplined and has seen much tougher adversaries. He may be able to weather Spann’s initial burst and wear him down to submit him.

Spann’s average fight time is just 5:28 and he has only been past round two twice in his last 12 fights. We’re picking Smith to be able to outlast Spann. Look for the sportsbook’s props and bet on him to win by TKO/KO/Submission or for this fight to not go to decision.