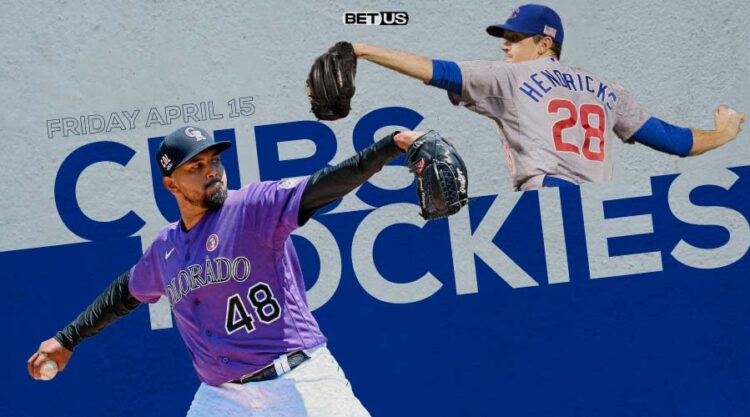 After splitting six games last season, game 1 this season went to the Chicago Cubs. Now they try to do something they haven’t done since 2015 – win two straight games at the Colorado Rockies.

It’s a bittersweet series for Chicago fans. The man who helped end a century of suffering by winning the World Series, Kris Bryant, is now the enemy. Although the loud cheers by Cubs fans on Thursday night made it clear he will never be that.

The Chicago Cubs can be forgiven if they don’t miss former MVP, Kris Bryant, as much as Cubs fans do. New Cub and former Japanese batting champ Seiya Suzuki reached base just once on Thursday, ending his streak of getting on base at least twice in a game, at five, however, he did record yet another RBI, giving him 10 in six games.

Suzuki is everything that the Cubs were hoping for and more. He has a hit in all six games the Cubs have played, and he has an RBI in each of the last five games. So far, he has been worth every penny of the $85 million investment.

At 4-2 and in the first place, it’s hard to believe that Chicago and Suzuki can keep up this pace.

If you were fortunate enough to have your MLB betting include a healthy dose of Rockies bets, good for you. The MLB lines for the first series had the Rockies as underdogs in all three of their games with L.A., and they won two of them.

Against the Rangers, the MLB picks once again went against Colorado, with Texas as the favorite for both games. Texas ended up losing both games, and Colorado bettors walked away with a nice payday.

On Thursday against the Cubs, the Rockies were favorites for the first time, and they lost, but don’t let that put you off on the Rockies. The Rox are getting great pitching from their bullpen – their 0.68 ERA is tops in baseball – and this lineup is still capable of scoring runs in bunches, especially at Coors Field.

There is nothing terribly heated about the Cubs and Rockies rivalry, but it has qualified as a rivalry ever since the two teams met in the Wild Card game at Wrigley Field in 2018.

Colorado won 2-1 and advanced to face the Brewers. The Cubs’ MLB season ended that night.

Since that game, the two teams have played each other 12 times, splitting the series six games to six.

The Rockies are the slight favorites in this one, paying -115. If the Cubs were to win on Friday, a bet online pays +105.

These Las Vegas odds are because the Rockies are at home, and German Marquez is the starting pitcher. He had a great outing against the Dodgers on the first weekend of the season, giving up just one run in seven innings.

But last season he pitched one time against the Cubs and gave up five earned runs in three innings. He didn’t pitch against Chicago in 2020, but in 2019 he did and he gave up 12 earned runs in 11.1 innings.

Marcus Stroman is on the mound for the Cubs, and he too pitched well to begin the season, giving up just one in five innings against the Brewers. Unlike Marquez, however, Stroman has been lights out against the Rockies. In four career starts, he is 3-1 with an ERA of 1.29, which includes 2-0 with a 0.64 ERA in 2021 as a member of the Mets.

When you consider the way Stroman pitches against Colorado and the torrid start by Seiya Suzuki, it’s easy to like the Cubs in this one. The fact that they are paying on the positive side of the wager makes the bet even more appealing.

Kris Bryant will eventually get going for Colorado, but Suzuki is going strong, and that makes betting on his Cubs the smarter play.